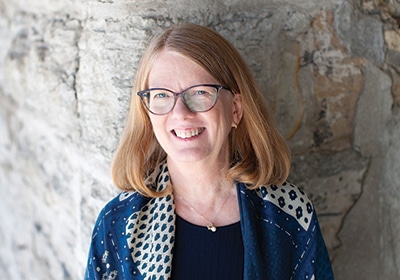 Is Your Business Fostering Racial Equity?

Change starts in our hearts, heads and homes. Here are resources to start making change.
September 30, 2016

The recent shooting of Philando Castile during a routine traffic stop in Falcon Heights galvanized Minnesotans and is spurring some serious soul-searching in the white community about the ways majority-Minnesotans have not acted fast enough, compassionately enough and effectively enough to combat racial inequities and foster civil society in our state.

This is not a technical problem with a solution that can be applied. There’s no instruction manual, no quick fix. This is a cultural division that requires cultural change. We’ve reached a painful but important tipping point: The state’s white population is realizing, at last, that change begins in our own hearts, homes and heads. We have to imagine a different future for our community, one where race does not divide us and where cultures act together, not collide.

Many of Minnesota’s nonprofits are actively working to combat racial inequities. Here are some resources that Twin Cities Business magazine readers can explore to learn more about confronting racism and cultural bias personally, and in our businesses and communities. There has never been a better time to reflect on what you can do, personally, to join those working toward cultural change.

An essay on the Minnesota Council on Foundations’ website, mcf.org, titled How Minnesota’s White Foundation Leaders (and Not Just CEOs) Can Step It Up on Racial Equity, written by Leah Lundquist, leadership development program manager. Lund-quist advocates for embracing your own discomfort while taking responsibility to educate yourself; hiring and promoting people of color for staff and trustee positions; linking racial justice to your philanthropy mission; taking a stand publicly; and providing long-term support for grassroots organizing groups.

Millard also suggested ‘Minnesota Nice’ and Minnesota Racism by Andrea Plaid, published on the Twin Cities Daily Planet website (tcdailyplanet.net). Quoting the Atlantic’s assessment that Minnesota is the third-worst among the 50 states for black people, the article breaks down the author’s experiences as a newcomer to the state to offer fresh insights on racist attitudes she encountered and attacks the state’s “abiding mediocrity … and … the soft bigotry of low expectations.”

To see an excellent example of a mainstream majority organization that took a deep look at its own values and how they are practiced, spend time reading the Minnesota Philanthropy Partners (MPP) 2013 Racial Equity Framework (mnpartners.org). Drawing on the insights of a multi-racial advisory group and led by the late Ron McKinley, Mescalero Apache and esteemed Minnesota philanthropy leader, the framework details the ways MPP will make progress toward racial equity in all of its community roles: as grantmaker, employer, convener, investor and fund-raiser. Approved two years ago, the framework is influencing policy and practice at MPP as the organization devotes itself fully to culture change across its business units and grantmaking programs.

Also consider My Neighbor Is Muslim, a study guide created by Lutheran Social Service (lssmn.org) for area congregations . Distributed first to Minnesota’s Lutheran churches and then nationally, CEO Jodi Harpstead introduces the guide, saying its intention is “simply that this resource will open doors, minds and hearts and dispel stereotypes and myths about Muslim neighbors just enough to start more conversations.” The study guide is a detailed introduction to the Muslim faith and cultural traditions. It could be easily adapted for workplaces or for personal study.

Finally, a rich repository of resources is offered on the Wilder Foundation’s website, wilder.org, where the research staff has developed a “Racial Equity Resource Directory for Minnesota.” The searchable listings offer links to sources for cultural competency training, for organizations working on policy change to reduce institutional racism, and to anti-racism organizations across the state.

In the Twin Cities and across Minnesota, we have more than adequate evidence of the gaps in opportunity that residents of color face. The question is: What are we going to do about it? If you haven’t asked yourself that question, and you’re not personally engaged, the time to act is now.