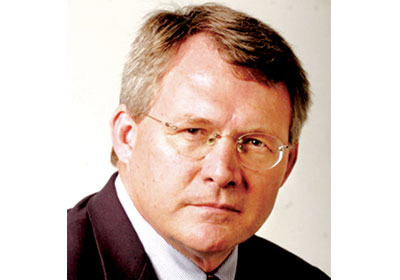 Is the most important national media executive in the Twin Cities now sitting in a newspaper office in sleepy downtown St. Paul?
January 11, 2014

“The audience is something like 30 million a month,” Gilmore says of the media properties in his purview. He expects to be traveling about half the time, but remains based in St. Paul and continues to serve as publisher of the Pi Press.

Digital First, created in 2011, manages the Denver-based MediaNews Group, the parent of the Pioneer Press. As the company’s name suggests, it has focused on building its online franchise to offset the steady declines of the print newspaper business.

“We have done quite well on the digital side as compared to our peers,” Gilmore says. Former Pioneer Press managing editor Ken Doctor, now a media analyst and consultant with Santa Cruz, Calif.-based Newsonomics, says that the Digital First model reflects industry trends.

“They’re regionalizing as much as they can,” Doctor says of large media companies. “Digital First is known as the strategist in this movement. . . . It’s still a work in progress.”

While the Pioneer Press is dwarfed by the Minneapolis-based Star Tribune in the local media landscape, Gilmore says that the paper draws more readers on its home turf than its larger rival does.

“On our side of the river, the seven counties to the east, we’re actually about twice the size of the Star Tribune,” notes Gilmore.

But the belt-tightening continues. In November, Digital First struck a deal for the Star Tribune to print the Pioneer Press starting in early 2014, while cutting 170 production jobs and putting its St. Paul printing plant up for sale.

The move prompted renewed speculation about an eventual merger of the two papers. “It really doesn’t mean that at all,” says Gilmore. “It’s an arrangement that makes sense financially.”