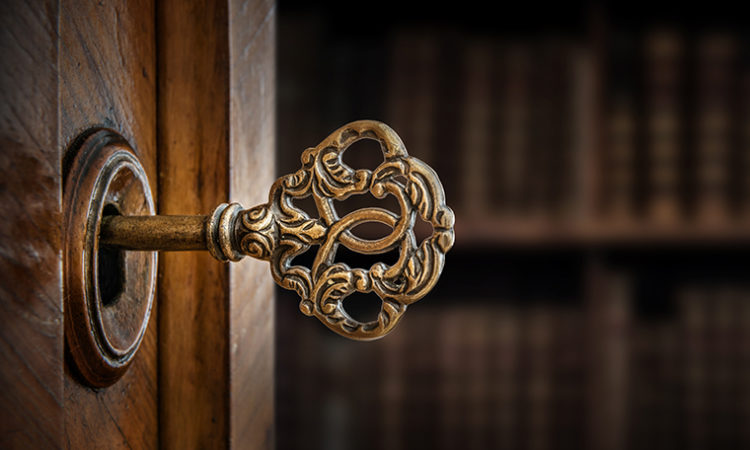 Inside the Twin Cities’ Invite-Only Business Group for Health Execs

The co-founder of MANOVA Health Summit snags an invite to Founders' Club, a group determined that Minnesota keep its global leadership role in healthcare.
By Arick Wierson
July 08, 2019

It’s an elegant, richly appointed yet dimly-lit stateroom, bathed in intricate millwork with ornate crown molding. A long, boardroom-style varnished oak table sits in the middle of the chamber, surrounded by at least two dozen red leather wingback chairs – at least that’s how I remember it.

After months of trying to finagle my way into the Twin Cities’ most exclusive business club, I was finally allowed in. I was at Founders’ Club, location undisclosed.

For me, this was a big deal and a somewhat significant journalistic coup – at least by Minnesota standards. You see, the first rule of Founders’ Club is – Don’t Talk About Founders’ Club. Fortunately for me, Club Founder Kyle Rolfing was willing to let me in – but just this one time.

As a national columnist for CNN, Vice, and the Observer, and as one of the co-founders of the annual Minneapolis-based MANOVA Health Summit, I had begun to circulate in and around the local digital health scene in the Twin Cities. For months, I had been hearing whispers about something called ‘Founders’ Club’, but finding out who precisely was involved, much less what goes on inside or even where it was located was proving to be a somewhat elusive and frustrating endeavor. The only thing certain was that the keys to club were in the firm grip of local serial entrepreneur Kyle Rolfing.

After several months of prodding, Rolfing, who is often viewed as the “Godfather” of Founders’ Club, agreed that it might be time to roll up the shades and let a bit of outside light shine in on what is undoubtedly the Twin Cities’ most important – and exclusive – business club.

Rolfing agreed to let me sit in on a Founders’ Club conclave, with two conditions: I couldn’t disclose the location and I would promise to publish my story with Twin Cities Business Magazine. “Minnesota, first, always,” says Rolfing.

A community for local entrepreneurs

Kyle Rolfing is something of a legend in Minnesota’s thriving healthcare sector; his most recent creation, monster insurance disruptor BrightHealth, has raised nearly half a billion dollars in venture financing, despite being just a few years old. Yet Rolfing is not alone; at any given Founders’ Club meeting, there might be well over two billion dollars in combined company valuation represented around that big oak table.

Definity Health co-founder Pat Sukhum, who, along with Rolfing and Keith Hollihan, played an important role in getting Founders’ Club off the ground a few years ago, observed that, “What makes Founders’ Club rather unique is that its members see it as a ‘safe space’ – where they can open up and share their problems and challenges with a community of like-minded entrepreneurs and lean upon them for support. Many times, Founders share things with the group that they don’t feel comfortable even sharing with their own senior staff – or even their spouses at home.”

Founders’ Club is where the best and the brightest of Minnesota’s health-tech space come together to trade war stories, give each other advice, network and most importantly, support one another in a confidential and trusted environment, where they can speak freely and openly, far from the wandering ears of office gossip and even further from the gaze of rubbernecking investors.

“There is definitely a certain mythos around Founders’ Club,” observed Rajiv Shah, MD, a Club member whose day job is serving as CEO of Northeast Minneapolis-based medication non-adherence disruptor MyMeds. “I don’t think that creating this allure or mystique around our group was at all intentional, but anytime you get that many successful entrepreneurs in one room, talking about the future of our business and our community, it’s natural that a lot of people who are not in that room will want in.”

Entrepreneurs let down their guard

At tonight’s meeting, Katrina Anderson, the CEO and co-founder of Minneapolis-based ClinicianNexus, a company that is trying to solve the problem of staffing inefficiencies for hospital physician residency programs, is at the head of the table, taking her fellow Founders through her business model, go-to-market approach, and fund-raising strategy. Sean Benson, the founder of ProVation Medical which was sold to Walters Kluwer for over $100 million is impressed, but cautions Anderson that she should consider honing her product with smaller healthcare systems where she can iterate, tweak, and adjust her business model, as opposed to inking a major deal with a large health system. “You might end up building an overly customized product that works for them and them alone,” cautions Benson, referring to the larger client that Anderson has been courting. “If you have smaller clients in the beginning, you’ll be able to grow without having to jump through every hoop that a larger customer will undoubtedly demand of you,” adds Benson.

John Brownlee is another Founder sitting at the table, taking in Anderson’s presentation. He is the CEO of VidScrip, ­his third successful health start-up, and is viewed by many in the group as one of the elder statesmen at the table. “Don’t take more money than you absolutely need,” cautions Brownlee. “Stretch your funding. Preserve your equity. You will thank me later.”

One thing that is clear is that these local health entrepreneurs see themselves as laying track for the next hundred years of growth in healthcare in Minnesota with ripple effects that will be felt across the globe. “Every major global city with a vibrant start-up ecosystem has some modicum of social infrastructure in place to ensure that entrepreneurs get to know one another, that venture capital knows who is doing what, and that big established incumbent companies know what problems are being tackled by the start-up community in their own backyard,” Club Secretary Keith Hollihan tells me. “Before Founders’ Club, nothing like that existed here in Minnesota.”

As the meeting adjourned, I asked Anderson if the feedback she had received from her fellow Founders had been useful. “As I was standing there talking about my company, it occurred to me that there was probably 200-300 years of combined healthcare start-up experience in the room. It’s really reassuring and valuable to hear from them ‘you’re on the right track – keep going’ or ‘watch out for this or that.’ Many in the room have seen it all, and it makes this process a bit less lonely and scary.”

Founders’ Club members do not generally hold minority equity stakes in each other’s companies, although in some cases they do take formal advisory positions in fellow founders’ companies.

Justin Barrett is the CEO and co-founder of Healthe, a local eye health company that is revolutionizing the way in which electronics manufacturers across the planet think about the risks of dangerous high-intensity blue light emitted from cell-phones and computer monitors. For him, it’s the camaraderie and friendships forged with fellow Club members that hold immensurable value. “It’s a great group of people, and even though our business is quite a bit different than your typical digital health company, I still learn a lot from the other Founders every time we get together,” said Barrett, who counts Rolfing among one of his closest advisers.

As for the mystique around Founders’ Club, Rolfing thinks that it is only natural that the ranks of the group – now with close to thirty founders – will expand with time. “We are trying to build a community here and help out fellow healthcare entrepreneurs,” he remarked. “I definitely see us opening up the club as we grow and expand our mission.”

As for where Founders’ Club is heading, Rolfing has revealed that there are much bigger plans in the works. “We are actively engaged in taking the same spirit and ethos that gave rise to Founders’ Club and extending that onto a much larger canvass here in the Twin Cities.”

“What does that mean exactly?” I ask.

“We can’t say yet,” deadpans Rolfing in a most pleasant yet utterly unsatisfying fashion. “What happens in Founders’ Club, stays in Founders’ Club – at least until we’re ready to tell the world – but you’ll be the first to know.”

Hopefully, for the sake of Minnesota’s healthcare community, we all find out what Rolfing and his Founders are cooking up sooner rather than later.

“Will you be posting something on your website?” I ask, jokingly, knowing full well that Founders’ Club purposely does not have an internet presence.

“It’s already posted—if you can find it,” counters Rolfing with a wink and a nod.

Arick Wierson is a Minneapolis-based columnist for CNN, CNBC, Vice, Observer, and other national publications. He is a six-time Emmy® Award-winning television executive, and former senior media and communications adviser to New York City Mayor Michael Bloomberg. He a co-founder of the MANOVA Summit. Follow him on Twitter @ArickWierson