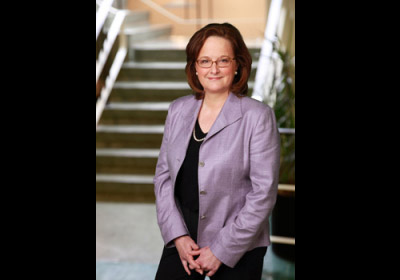 Ginny Morris, a third-generation broadcaster and chair of Hubbard Radio, will take on the role of chief executive from Bruce Reese.
July 18, 2014

Hubbard Broadcasting, Inc., a Minnesota-based radio powerhouse, has appointed Ginny Morris CEO of Hubbard Radio, replacing President and CEO Bruce Reese, who will remain as a “special advisor” to the business.

Morris, daughter of visionary Minnesota businessman Stanley Hubbard, has been chairwoman of Hubbard Radio since 2011 but has over 30 years of experience in radio and television broadcasting. A 2013 Star Tribune profile described Morris as the most influential woman in the radio industry—and that was before she assumed the CEO seat.

Hubbard Radio was created as a subsidiary of Hubbard Broadcasting, Inc., in 2011 when it bought 17 radio stations from Bonneville International Corporation for $505 million. Hubbard also operates the KSTP radio and television stations, as well as satellite and cable networks ReelzChannel and Ovation TV.

Reese was president and CEO of Bonneville and assumed the same titles at Hubbard Radio when the deal closed. The deal brought 547 Bonneville workers to Hubbard and expanded the company’s reach to Washington, D.C., Chicago, St. Louis, and Cincinnati.

“Over the last two decades, I’ve had the opportunity to run two great radio companies,” Reese said in a statement. “After Bonneville was brought into Hubbard Radio, we all worked to preserve the values and spirit of both organizations while creating one corporate identity and culture. The success of the transition has exceeded my hopes, and I am grateful for the trust shown to me by Ginny and the entire Hubbard Radio family.”

More recently, Hubbard acquired 10 additional radio stations from Sandusky Radio for $85.5 million. Hubbard gained five stations in Seattle and five in Phoenix from the deal, as well as about 70 new employees.

For an in-depth story about Stanley Hubbard, who is credited as being one of satellite TV’s biggest innovators, click here.