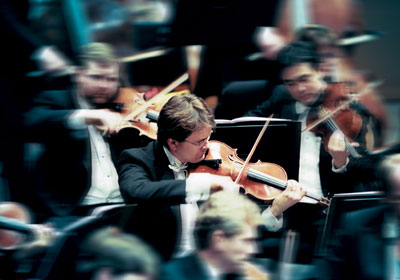 How The MN Orchestra Dispute Hurts Other Arts Organizations

The long-running drama over the Minnesota Orchestra musicians’ contract has touched another venerable arts institution. The Service Employees International Union (SEIU) Local 26 is urging members of the Minneapolis Institute of Arts to vote against Richard K. Davis, a nominee to the MIA’s Board of Trustees.

Davis, the chairman, president, and CEO of Minneapolis-based U.S. Bancorp, serves as the negotiating committee chair for the board of the Minnesota Orchestra, which has been mired in a contentious yearlong lockout with its musicians. SEIU Local 26 represents security guards at the MIA.

In a letter to MIA members this summer, Javier Morillo, president of Local 26, wrote: “Given Richard Davis’ track record at the orchestra, we are very concerned about the negative influence he may exert on the MIA board.”

But the bid failed without much fanfare: Davis, who serves on many local boards, was elected to the MIA board in July.

Morillo acknowledges it was an uphill fight; members can’t vote against individual nominees, but must vote for or against the entire slate. “The goal was to raise awareness about the issue,” Morillo says, noting that the union represents about 60 guards who work at the MIA. “A solid majority of them are artists themselves.”

A representative of the MIA press office declined to comment on the flap.

Morillo says that museum Director Kaywin Feldman did address SEIU members to allay their concerns. (The SEIU’s contract with the MIA runs through 2015.) “We actually have a very good labor-management relationship with the MIA,” notes Morillo. But he says that a corporate philosophy isn’t necessarily in tune with the needs of arts organizations.

“The arts play a role in our community that is very, very different than the role that banks play,” Morillo says.