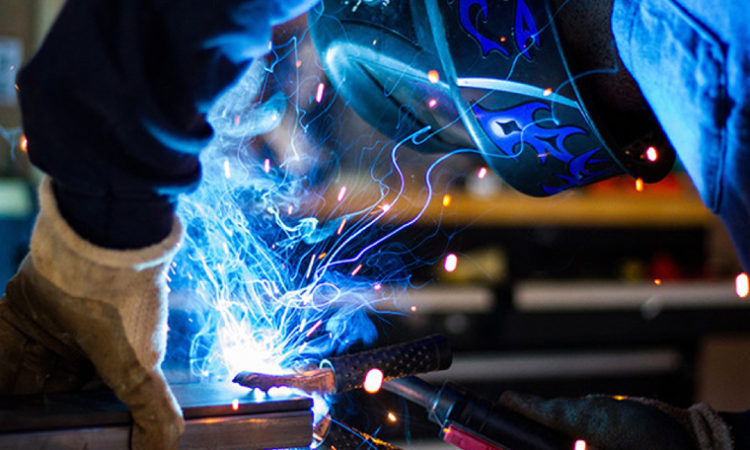 ( Photo by Rob Lambert on Unsplash)

Lawmakers expanded two pilot projects aimed at drawing high school and college students into fields starving for workers, from manufacturing and agriculture to health care and IT.
By Walker Orenstein
November 20, 2019

In Minnesota’s tight labor market, some industries have struggled more than others to fill open jobs. So it’s been a longstanding goal of politicians, business and education leaders to steer people into high-demand work that typically doesn’t require a four-year degree.

To help that effort, the Legislature this year expanded two pilot projects aimed at drawing high school and college students into fields starving for workers. One, known as the Youth Skills Training program, connects high school students with companies that offer paid internships in sectors like manufacturing and health care. Another offers scholarships to students in the Minnesota State system who pursue roles in fields such as manufacturing, agriculture, health care, IT and child care.

Sen. Paul Anderson, a Republican from Plymouth who chairs the Senate’s Higher Education Finance and Policy Committee, sponsored measures to create the programs, and he said they help correct what he sees as an overemphasis on four-year degrees in high schools. “Two generations later, we’re seeing the effects of that, where a lot of skilled labor and skilled trades are really falling short and we don’t have the pipeline we want to get,” Anderson said.

The Youth Skills Training program was created as a two-year trial by the Legislature in 2017. The Department of Labor and Industry was tasked with handing out $1 million for 10 grants to programs run by partnerships of businesses, high schools, nonprofits and local governments.

Those partnerships provide everything from job fairs and site visits to minimum-wage internships for students 16 and older, who can earn industry credentials. The programs are centered around high-demand industries that are expected to grow over the next 10 years, such as manufacturing and health care.

In a February report to the Legislature, the Department of Labor and Industry estimated about 5,000 students will participate in the YST program in some fashion over the length of the pilot program, while 440 will get paid work experience.

The first run of YST was popular enough that businesses and school districts came back to the Legislature and asked for it to continue. Lawmakers said yes, approving $2 million in grants for the next two-year budget cycle, doubling the program’s size.

One business participating in YST is Teamvantage, a Forest Lake manufacturing business with roughly 200 employees that primarily builds plastic injection molding for the medical device industry and other sectors. Shelly Bruno, the company’s human resources manager, told MinnPost that Teamvantage partnered with the White Bear Lake school district to help give students access to “well paying careers” available in their community. She also said the company has struggled to fill some “higher-skilled” positions such as machinists.

“We have things that people can do right out of high school that can lead to higher paying jobs that they’re just not aware of out there because people aren’t talking about it,” Bruno said.

Teamvantage has had seven summer interns from White Bear Lake. The students rotated through different departments over a week and practiced using equipment and machines. The company has also had four students from the Forest Lake school district for longer internships ranging between seven and 10 weeks. One of the students has since been hired by Teamvantage.

The YST program has some limitations set by L&I to ensure businesses are not violating child labor laws. There are restrictions on hours worked, and the agency has to approve machines prior to use by students. “This is not a program for employing 16- and 17-year-old workers,” said Rich Wessels, the YST project manager for L&I. “It’s more about providing them with exposure to the industry.”

For high school graduates considering college, lawmakers also approved $1 million in 2017 for “Workforce Development Scholarships” to the Minnesota State system of colleges and technical schools. Students are eligible for a $2,500 award to study for degrees or certificates in high-need sectors.

Nearly 400 students were awarded money through the pilot program in the 2018-19 school year. In the 2019 legislative session, lawmakers agreed to spend $8 million over the next two years on more scholarships, enough money to fund about 2,780 spots.

Lawmakers also expanded the eligibility to programs for the child care and transportation industries. For the Minnesota State system, which has been plagued by declining enrollment in recent years, the scholarships also represent a chance to stem losses in student ranks. Some schools have solicited donations and used their own money to boost the scholarships.

Willow Schuller, 18, won a scholarship and plans to attend St. Cloud Technical Community College in January for the school’s welding program. After high school, she was considering a nursing degree at North Dakota State University, but wasn’t sure if nursing was her passion. After a welding class through the Post Secondary Enrollment Options (PSEO) program, she earned a scholarship and decided to change course.

Schuller said she may pursue engineering one day, but in the meantime she already has a job in the welding industry, and can get a credential in two semesters. “I’m not going to graduate and have so much debt and student loans,” Schuller said. “You can come out ahead.”

Together, the two programs represent a small fraction of state spending on workforce development. But the expansion of the programs illustrates lawmakers’ hopes to entice students into high-demand jobs.

Minnesota has more than 140,000 open jobs right now, and an already tight labor market is expected to get worse as baby boomers continue to retire. The Department of Employment and Economic Development rates registered nurses as the most in-demand job in the state, with a median wage of $79,297. But ranked second is heavy tractor-trailer truck drivers, a job that only requires a high school diploma but pays a median wage of $48,723 a year.

Justin McPhee, vice president and general manager of Mold Craft, said people can make a livable wage with benefits and a 401K at his business without a four-year degree. The company, which is based in Willernie, builds plastic molds for the medical device industry and also participated in the YST program, partnering with Forest Lake and White Bear Lake schools.

While he said Mold Craft hasn’t struggled to find workers, that’s not why the business hosts high schoolers and teaches them machinery. “What I really want to do is change the perception of manufacturing — to both the parents and the students — that it is a high-tech industry and that it is a career,” McPhee said.

Source: DEED
See all stories by this author >