How Prepared Are MN Retailers For The Chip Card Switch?

Three-quarters of merchants behind when it comes to taking chip card payments.
October 11, 2015 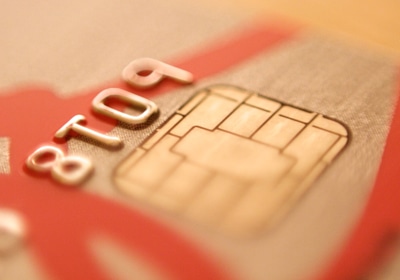 With the October 1 deadline, Visa and MasterCard are officially shedding their liability for fraud committed through magnetic swipe transactions. The “virtually impossible to counterfeit” chip-enabled debit and credit cards are taking over, which ultimately puts the onus on merchants and banks who are not prepared for the trade-up. Ignoring such a transition could be costly.

A survey by MasterCard found that only 26 percent of national and regional merchants have started to accept chip cards. Urgency for the other 74 percent, including businesses in Minnesota, varies by industry.

Speaking for the restaurant industry at large, Buffalo Wild Wings’ director of public relations Heather Leiferman said, “the restaurant point of sale used by Buffalo Wild Wings and many other restaurants are not ready to accept integrated payments from card companies Europay, MasterCard and Visa (collectively referred to as EMV) at this time.” Instead, those companies are working with credit card issuers like Chase and First Data, said Leiferman. Furthermore, she added it might take a collective solution by the restaurant industry before it decides to utilize chip cards.

While upgrading a point-of-sale (POS) system could cost thousands of dollars, Square has been an alternative that operations like Spyhouse Coffee, food trucks and other novelty stands have often turned to. “With Square, not taking the hits on interchange fees — it works great for guys like us. Although Square really should tell their customers about this change,” Spyhouse owner Christian Johnson said in reference to Square’s latest $29 chip card reader. Before Johnson’s conversation with TCB, he admits he had limited awareness about the expectation for merchants to upgrade equipment and assumed he wasn’t alone in that thought.

Grocery giant Cub Foods won’t have its chip card machines operational until mid-November, said the manager of its Brooklyn Park location. Similarly, HyVee, which opened its first two locations in Minnesota less than two weeks ago, entered the market with the new terminals in place, according to Hy Vee spokeswoman Tara Deering-Hansen, but specified its chip card reader launch wouldn’t likely occur until “shortly after the first of the year.”

However, some of the state’s largest retailers like Target and Best Buy wasted no time in upgrading to the latest payment card readers.

As of August 18, Target’s nearly 18,000 stores were all fully equipped with chip card readers. “The move to EMV chips for Target is several years old,” Target spokeswoman Molly Snyder tells TCB. “It was on its way since before the data breach.”

As for electronics vendor Best Buy, it also boasts that its 1,050 stores and 367 mobile stands all are capable to dip (not swipe) chip-enabled cards.

Banks and credit unions bear much of the financial responsibility for fraud until they have upgraded to the new, more-secure cards. While financial institutions have been steadily reissuing cards, MasterCard predicts only 63 percent of credit and debit cards will contain the EMV chip by the end of the year. By the end of 2017, that number is expected to be closer to 98 percent.

None of the major banks with a Minnesota presence—Wells Fargo, U.S. Bank and TCF—would provide specific the number of chip-enabled cards issued. Kris Dahl, a Wells Fargo spokesman, said that “both credit and debit cards [have] been mailed,” although reissuance has depended on the type of card, with customers such as those that travel internationally often getting theirs first.

While banks will assume responsibility for fraud when a customer pays by swiping with the magnetic stripe at a chip-enabled terminal, merchants are responsible if a chip-enabled card is used at a terminal that hasn’t been upgraded to accept such payments.

In-store purchases aside, the concern over online protection have also entered the foray. Brian Krebs, the former Washington Post cybercrime reporter who broke word of Target’s 2013 data breach, said in an interview with CreditCards.com that “in every nation that has moved to chip-and-PIN…they saw the exact same thing: Fraud doesn’t go away, it just goes somewhere else, and that somewhere else is online.”

To date, more than 80 countries around the world, including Canada and most of Europe, are EMV card users. But in contrast to Krebs remark, MasterCard’s Kitchener believes Americans have little to worry about. Those 80-plus chip card-adopting countries, she said, “have seen counterfeit fraud reduced by significant amounts — as much as 60, 70 and even 80 percent.”

For more information on chip cards from the consumer, merchant or issuer perspective, visit gochipcard.com.