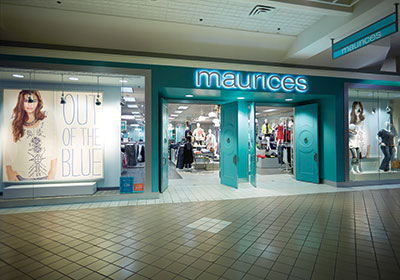 Duluth-based clothing retailer Maurices grew during the recession, and it has big plans going forward. How did it get so right-sized?
May 01, 2014

In the Minnesota retail sector, Target and Best Buy grab all the attention. But the state also is home to a $1 billion retailer with nearly 900 stores nationally and about 25 in Canada. So why haven’t you heard of Maurices?

Maybe it’s the fact that Maurices puts its stores mostly in small malls in small markets. Another potential reason: It’s based in downtown Duluth, where E. Maurice Labovitz opened his women’s clothing store in 1931. It now employs about 400 in downtown Duluth and about 8,000 in 44 states and Canada.

And the company recently reaffirmed its connection to its hometown by announcing its move from its cramped warren of offices to a new 11-story structure on West Superior Street. Ground is expected to be broken this spring, with the building’s completion in December 2015.

The company’s biggest building plans are in the malls. Maurices plans to add about 60 new stores this year; it has averaged about 50 annually for the past five years. Maurices president George Goldfarb thinks there’s “ a lot of runway ahead. We may be at about 900 stores, but I still believe there are 1,200 stores domestically that we can be in, and that the concept will work in over 130 stores in Canada.”

Consultant Howard Davidowitz worked for Maurices during the transition from family ownership to American Retail Group and continues to follow the company as chairman of Davidowitz & Associates Inc., a national retail consulting and investment-banking firm headquartered in New York. “They’re doing very well, and they’re in a business that is in a huge downturn,” Davidowitz says.

He points to Maurices’ focus on smaller markets and smaller malls, a business model that he credits to Joel Labovitz, the last member of the founding family to manage the company.

In 2005, Maurices merged with Dress Barn to create the Ascena Retail Group, a New York-based company whose holdings now include the Lane Bryant, Catherines, and Justice chains. Until then, Maurices was owned by American Retail Group, which shed its holdings that year.

But there are absolutely no plans to move headquarters elsewhere.

“We have been so fortunate to be able to get great people in Duluth,” Goldfarb says. “With some of the positions being more specialized, we’ve been able to get a lot of great talent from Minneapolis, too,” he adds.

That includes customer analytics and e-commerce specialists with Target and Best Buy on their resumes.

Goldfarb says it’s really not all that difficult to lure talent to Duluth, once people get a chance to know the city.

“We encourage work/life balance to employees, and I don’t see a lot of companies doing that,” he says. “We reward performance, and we have a caring culture. People like to come to a business that is growing.”