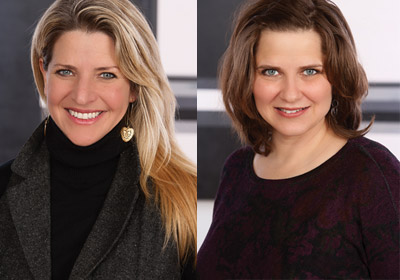 How Chowgirls Is Chewing Through The Catering Competition

Chowgirls celebrates a decade in catering, due in large part to its commitment to using organic foods and sustainable commitment.
August 04, 2014

[This is one of three Spotlight stories from the August 2014 issue that focus on the theme “Sustainable Policies = Steady Profits.” Also read about St. Croix Cleaners and 3 Companies That Are Cleaning Up The Twin Cities.]

It could be said that Chowgirls Killer Catering has flourished for a decade because of the ecosystems in which it operates.

One is the natural world itself, through its commitment to sustainably produced food. Another is the creative community of Northeast Minneapolis from which it arose, and from which it continues to draw culinary and design talent, not to mention customers.

Chowgirls’ success is due as much to its design finesse as to its food. Founders Heidi Andermack and Amy Brown enjoy cooking, to be certain. But they also have experience in marketing and the arts, and have put that expertise into their recipe from the beginning.

Employees
75
About 25 work in the office and kitchen on a regular basis, with another 50 serving staff as needed

Number of events catered in its first year
30

What’s next
Moving to a larger location; publishing a cookbook

When Chowgirls was founded, “there were niche caterers out there, on a smaller scale, but they were everybody’s best-kept secrets—nobody was marketing themselves,” Brown says. “I thought if we created one and marketed it well, it would take off.”

Before becoming caterers, Brown was Midwest sales and marketing rep in the books division at Random House. Andermack was the business manager for her husband, font designer Charles “Chank” Andermack, and active in the Northeast arts community as an events planner. Brown and Andermack met, hit it off immediately and soon cooked up a plan.

The name “came together over lunch,” Andermack says. “I saw this image of a retro cowgirl, kind of a renegade and an upstart and feminine. It sort of flew out of our mouths: chow baby, chow chicks. Amy came out with “chowgirl,” and we just stopped. We knew we had the name.” Designers in the founders’ families created the logo and website, a rentable kitchen was procured, and Chowgirls hit the trail.

“From the get-go, we wanted to make good food, made with quality ingredients and very accessible to everyone,” Andermack says. “We don’t try to make snobby food that is intimidating to people.” For example: a classic beef stew, a cheese-rich eggplant torte (also available in a vegan version) and beer cheese made using Northeast brewer Dangerous Man IPA.

Finding purveyors wasn’t easy, but that turned out to be a blessing for the brand. Larger suppliers took a pass, “because we weren’t able to put in a $500-a-week order,” Andermack says. But smaller providers were eager to jump into the Chowgirls corral.

Owatonna free-range chicken-farmer Larry Schultz “had no problem bringing us eggs, once a week, once a month, whenever we needed them. At the same time, Thousand Hills Cattle Co. [in Cannon Falls] was getting started—they were a smaller operation at that time, and they had no problem dealing directly with us.”

It’s more labor-intensive to deal with a lot of smaller farmers and producers, says Andermack, “but it is rewarding, and we have grown up together. One of the biggest parts of our brand is that we’ve been on board with organic and sustainable since the very first day of our venture.”

Chowgirls’ launch party included “people in the publishing industry, design industry, photographers, artists,” Andermack recalls. “So our clientele has grown from that, and we still have a nice core of that clientele.” Like most caterers, Chowgirls also handles weddings and other milestone events, and can bring in planners as well as chefs. “We’re getting more into business lunches and business events, and there are enough creative and innovative businesses that we’re really able to serve them well and they seek out what we’re offering,” Andermack says. 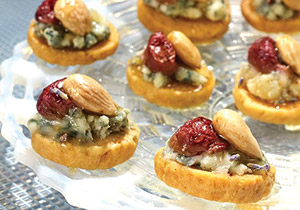 One of those businesses is Blaine-based health and beauty products company Aveda, which has used Chowgirls for several events. One of the most recent was for a group of about 30 Aveda spa employees from around the country. “We challenged them to do a vegetarian menu with vegan options, including all of your favorite restrictions like dairy and gluten,” says Erik Arveseth, Aveda’s senior manager for technical education. “They did an amazing job.” Once he informed Chowgirls staffers of his expectations, “they went on autopilot and managed everything quite well . . . . We could focus on our training.”

With demand for its services growing, Chowgirls is moving into new quarters. It will remain in Northeast, becoming tenants in former restaurateur and current artisanal-nosh entrepreneur Kieran Folliard’s “Food Building” near the old Grain Belt brewery.

At the heart of the new Chowgirls space will be an expanded, more streamlined kitchen space. “Right now, our equipment room is in the basement—it’s pretty inefficient,” Andermack says. “We have a bunch of little disjointed rooms.” The new location also will allow Chowgirls to tap the skills of the other food building occupants, which will be selling specialty meats and making artisanal cheeses. (There’s another ecosystem: the mostly local suppliers and partners that the company can call upon as needs arise.)

Meanwhile, “we continually look at ways to make our business more sustainable,” Brown says. One way they set about to achieve this: “We compost and recycle as much of our waste as we can. We’re up to 97 percent of our waste being diverted from the landfill or incinerator.”

To Chowgirls, making these improvements comes naturally. It’s built into the brand.