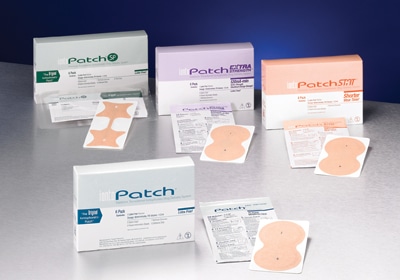 A transdermal patch that delivers medication through active iontophoretic action—rather than passive action such as that found in smoking cessation and hormone replacement patches—is now available from Travanti Medical, a division of contract manufacturer Tapemark in St. Paul. The IontoPatch Extra Strength came out in May and is one of four patch strengths that delivers medication to elbows, knees, wrists, feet, shoulders, and other areas.

Another way in which IontoPatch is different from passive transdermal patches is that, while it’s used to administer drugs, it doesn’t come with a particular pharmaceutical embedded in it. It’s often used to treat physical therapy patients suffering from tendinitis or other near-surface soft-tissue pain. IontoPatch could be used with dexamethasone, a steroidal anti-inflammatory drug, for example. A physical therapist would refer the patient to a doctor for a prescription, and then the therapist, a physician’s assistant, or the doctor would put the drug on the patch and administer it to the patient.

The patch consists of an outer layer of adhesive bandage material and a flexible battery that is silkscreened with metallic ink onto a Mylar layer. A DC current supplied by the embedded battery sends a charge to an electrode, which is in contact with the drug. The type of circuit used determines the rate at which the drug is released and absorbed through the sweat glands and hair follicles on the skin.

“When you administer the drug on the patch and place it on the body, the body completes the circuit and [the patch] will start to run,” says Bob Arnold, vice president and senior general manager of Travanti Medical. The IontoPatch offers localized relief, and once the desired dose of medication has been administered over several hours, the patch stops working and the patient can remove it. The patch provides a noninvasive alternative to a cortisone injection, in the case of the tendinitis patient.