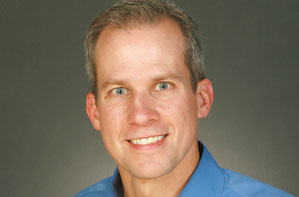 Entellus has attracted millions in capital to develop and market Finess sinus treatment system, a procedure that the Maple Grove–based company believes is a less expensive and less invasive way to treat sinusitis—a condition where blocked sinus drainage passages can cause severe and chronic infections.

The patented procedure involves inserting a balloon catheter into the sinus cavity through a tiny incision under the upper lip, then expanding it in the passageway and allowing the sinus to drain mucus. “Recovery time involves hours instead of days,” Ressemann says. “Doctors can perform the procedure in their office using local anesthesia, instead of having to arrange surgery. And the whole procedure is simpler, faster, and cheaper, which helps payers.”

Last summer, Entellus raised $15 million in venture financing, part of which went to testing. The company plans to use some of these funds in 2009 to expand its sales and marketing efforts. The procedure has been approved by the Food and Drug Administration. Now it’s a matter of whether the company can get Medicare reimbursement approval for in-office procedures—and acceptance by physicians over existing methods of sinusitis treatment.