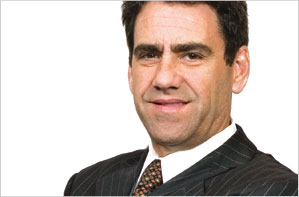 “Right now, we’re working on seven hospitals, such as the $175 million expansion of St. Cloud Hospital, and we’re just wrapping up work on the expansion of St. Joseph’s Hospital in St. Paul,” says McGough, whose company is headquartered in Roseville. “We’re breaking ground on a big project for United and Children’s Hospital in St. Paul, and are also doing work at Macalaster and the University of Minnesota—even some corporate work for clients like Medtronic and St. Jude Medical.”

McGough does expect growth in 2009, “which is not what we hear from a lot of our partners”—the developers and other companies that work with his firm.