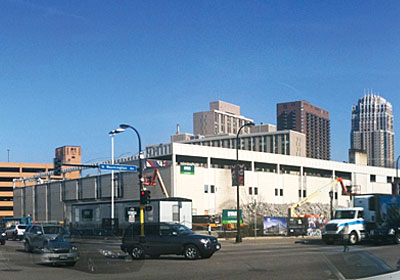 The Jag dealership moved to Golden Valley nearly five years ago. Since then, this prominent Minneapolis corner, a gateway to the vigorous North Loop, has become an eyesore.