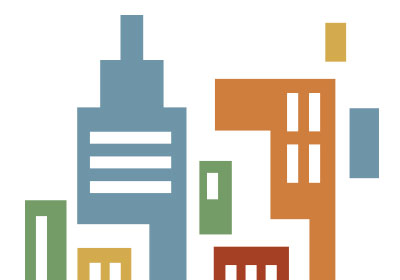 Alpha Video & Audio
Edina
Alpha Video & Audio has installed video and broadcast systems for most of the TV stations in Minnesota; its Sports Group recently began leading major high-definition video projects for universities and businesses nationwide. The company has 90 employees and has been profitable since it was founded in 1970; its $37 million in revenue in 2012 marks a 35 percent boost in three years.

Grazzini Brothers
Eagan
In 1923, two brothers from Italy began installing residential concrete sidewalks in the Twin Cities area. They soon added terrazzo to their services, a trade they learned back in the old country. The family-owned contractor is now under fourth-generation leadership, and it still specializes in the installation of tile, terrazzo and stone; it employs 200. Grazzini Brothers has worked on such diverse projects as Nicollet Mall and the roof of the Seattle Space Needle.

Lindey’s Prime Steak House
Arden Hills
Lewis Walter “Lindey” Lindemer served his first steak as a chef at a St. Paul cafÃ© in 1958. He quickly developed enough of a reputation to whet the appetite of meat distributors and investors, which led him to open his own steak joint in Arden Hills in 1961. Revenue has increased since 2007 by more than half, to $1.2 million, under the direction of Lindey’s youngest son, Mark Lindemer.

Murphy Warehouse
Minneapolis
This 110-year-old public warehousing and contract logistics company places environmental sustainability at the forefront, capturing and recycling more than 5 million pounds of carbon over the last 16 years. It has installed Minnesota-made solar panels and power systems to generate enough energy to meet the annual power needs of 64 homes. Murphy Warehouse projects revenue of $35 million in 2013.

WaterFilters NET
Zumbrota
Founder and CEO Jamin Arvig started this online superstore, which sells water, refrigerator and air filters, in 2003 while still in college. Since 2009, revenue has grown nearly 600 percent, topping $37 million in 2012. The company ranked 771 in Inc. magazine’s 2013 list of the 5,000 fastest-growing private companies; it has made the list five years in a row.

Winco
Le Center
Founded in 1927, this manufacturer of generator systems for agricultural, government, industrial and other markets nearly went bankrupt in 1989. Then Ralph Call took over as CEO. He directed a turnaround, and the company has been profitable ever since; it had $20 million in revenues in 2012. Now employing 70, Winco hasn’t laid off any workers since Call became CEO.