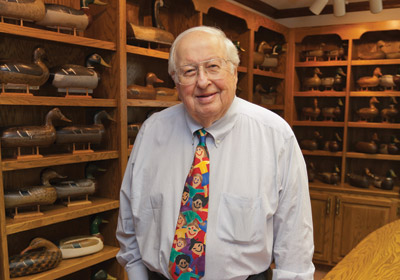 For Richard Perkins, serving as a director is a labor of love. And it’s a love he’s put a lot of labor into. Perk, as he is fondly called by numerous friends and associates, has served on more than 20 boards during the past three decades, advising companies from start-up to sale.

At age 81, Perkins is still sought after by both for-profit and nonprofit boards for his experience, tireless commitment, financial acumen, and tell-it-like-it-is approach. He has directed the bulk of his board work to small-cap companies that often don’t get much attention from investors. Perk typically puts in money through his Wayzata firm, Perkins Capital Management, and then gives his time to make sure the business meets its potential.

Once Perkins lands on a board, he generally stays until the company is sold. Here are some of his key board tenures during his career:

And under Perkins’ direction, most of them have met or exceeded their potential. “There are many businesses, in different industries, that would not exist if it was not for Perk,” notes Mark Sheffert, chairman and CEO of Manchester Companies, a Minneapolis-based corporate renewal and investment banking firm.

“He is very deserving of this Lifetime Achievement Award. He has done a wonderful job building businesses in the Twin Cities,” says Sheffert, who has known Perkins for about 30 years. “He gets a real thrill seeing these companies grow and prosper, and he can look back someday at a very long list of companies that he kept alive, that he spawned, or that he helped grow significantly.”

Perkins launched the firm in 1984 after logging more than 25 years in banking and finance, including stints as an assistant endowment fund manager for the Mayo Foundation in Rochester and as pension fund manager for Standard Oil. At Minneapolis investment bank Piper Jaffray & Hopwood (now Piper Jaffray Companies) for 18 years, he helped launch its international department in 1970.

As a board member, Perkins comes armed with detailed information about the business and its finances, insight from due diligence meetings with employees, and thoughtful questions to spur discussion. He says that he’s not afraid to point out when management goes off track, underperforms, and evidence mounts that it’s time to bring in a new CEO or executive team.

“The most challenging thing is when the board becomes aware, painfully perhaps, that the leadership is lacking,” Perkins says. “You have to be really proactive. You can’t just accept everything at face value, and there might be things that you need to explore and deal with to make sure the company succeeds.”

In one instance, Perkins learned through a whistleblower that the company’s president and the two other board members kept certain important knowledge from the rest of the board, including Perkins. Perkins can’t reveal more details, but he does say that he helped the employee navigate the scary process of revealing unethical business practices. (This was before current protections for whistleblowers were in place.) Perkins then worked with another director to replace the president and the two board members. All told, “that was an experience I will never forget,” Perkins says.

In general, though, serving on boards has been entirely positive for Perkins, who still stays in close touch with many executives and fellow directors he has worked with. “I always look forward to board meetings because I’m going to learn something and it will be a good experience,” he says. “I think it goes back to Yogi Berra, who said, ‘You can hear a lot just by listening.’ ”