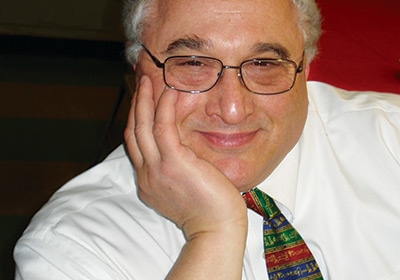 Best Book I’ve Read This Year:
The Warmth of Other Suns: The Epic Story of America’s Great Migration by Isabel Wilkerson

Favorite Vacation Destination:
The Kona Coast of the Big Island of Hawaii

Longtime economic and cultural policy advocate Mitch Pearlstein expounds on stabilizing our economy through stabilizing our culture—and the region’s need to fight against becoming average.

You grew up in Queens, New York, and moved here in the early 1970s. What to you makes the region distinctive?

When I moved here the Twin Cities was one of the most distinctive places in the United States—singular, like New Orleans, Salt Lake City. I really enjoyed the Scandinavian flavorings. This was a special place. It was safer than other places. It wasn’t as crazy as other places. And it had [Gov.] Wendy [Anderson on Time magazine’s cover] and the fish. But I would argue that over time it has regressed to the mean, and if you want to be literary, in both senses of the term.

By every measure you can think of—high school graduation rates, crime, childbirth out of wedlock—people are still doing better here than just about every other place, but the average between the average and the Twin Cities is shrinking. We’re now a more traditional metropolitan area with a traditional bunch of problems.

Which one seems most urgent to you?

What are your prescriptions?

There are enormous [numbers] of kids out there who have holes in their heart where their father or mother should be. What kind of education would really work for many of them—not all of them, but many of them? I would argue it’s a religious education. The kind of education you get in a private/parochial school. I am driven more than most school choice advocates by what it can do in a spiritual way for kids.

Is cost a barrier?

No, no. There are over 400 private schools in the state, and there are only a few [super-expensive schools] like Blake, Breck, and St. Paul Academy. The overwhelming majority of these schools are far less expensive. Now, there are hundreds of ways to design a voucher program and it seems to me one could design one that would help parents send kids to various private schools, particularly at the elementary level. If you do it right it would save the state money.

Minnesota has traditionally been innovative in terms of educational reform, but we have a real issue with the minority achievement gap.

We do need more early childhood education. We need it because 70 percent of African American kids are born outside of marriage, and 84 percent of African American babies in Hennepin County are born out of wedlock. We’re going to get it because politically it’s just an overwhelmingly powerful idea right now. I’m not saying it shouldn’t be. But I don’t think we’re going to see the great advances from it that some people are suggesting.

I’m just not as optimistic as others. I think others overestimate the value and long-term profit there will be when it comes to early childhood education.

What should we be doing to get results?

Preserving the family. We need to make men more marriageable. Boys often become men that women don’t want to marry, and for very good reason. Absent a fundamental change in family life in this city, meaning far fewer kids growing up in broken homes, do I think there is any educational policy that will make a sufficient dent? Absolutely not.

Back to your statement about regressing to the mean. Has the region become more mean-spirited?

Well, there are more people being killed, assaulted, and that’s mean, that’s not pleasant. But very much on the plus side, this place is so much more civil than so many other places in the country. There’s just no other place like the Twin Cities.