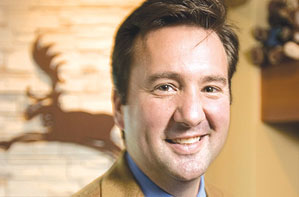 With cost-conscious consumers cutting back on the lattes, Brooklyn Center–based Caribou reported a third-quarter 2008 loss of $8.8 million. It was a cup of cold java for Tattersfield, who came on board in early August after a career that includes restaurants (Kentucky-based Yum Brands, which owns Kentucky Fried Chicken, Taco Bell, and Pizza Hut) and retailing (Ohio-based clothing-store operator The Limited). In late October, he and Caribou brought in new executive blood to help the company tighten up its supply chain, trim expenses, and build the brand.

The company opened nearly 40 franchised stores in the past year—a new strategy for a company that has preferred to own outlets. Franchise sales helped cushion the 6 percent decline in same-store sales the company reported for its third quarter 2008.

Tattersfield, an incorrigible optimist, sees room for the brand to grow—not only in its own stores, but also in supermarkets, franchises, and other sales “channels.” He also wants to make the stores a bit more independent and more focused on providing a “fun experience” for their customers—which can vary from location to location, though there will be central-office “guard rails” to create a consistent experience from store to store. Improved food offerings are also part of the company’s plans.