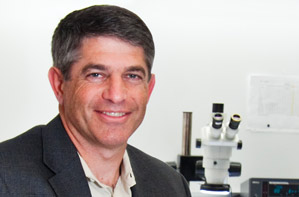 Twenty-four years ago, Michael Berman was hired as a product manager by the interventional cardiology unit of a tiny Minneapolis company that had zero revenue and was awaiting FDA approval for its first device.

The company was SciMed Life Systems. Its cardiology division’s first products, whose development and sales Berman oversaw, were catheters for guiding angioplasty balloons into the blood stream in order to open obstructed vessels. SciMed’s catheters were especially thin, flexible, and maneuverable, and would soon come to dominate the market. Their success helped drive SciMed’s purchase by Massachusetts-based Boston Scientific in 1995 for $1.4 billion.

These days, Berman is helping build new SciMeds. He has emerged as one of Minnesota’s most influential med-tech angel investors. Berman has cofounded two business incubators and cofounded, invested in, or joined the board of 14 medical device companies.

“I’m a junkie for developing new, interesting technologies that have great potential and can have a big clinical impact, and the best place and way of doing that is in the context of start-up companies,” he says. “That’s where most of the interesting high-potential innovation happens, and that’s what I love doing the most.”

A native of Ithaca, New York, Berman and his wife, Judith, lived in Israel for five years after he earned a bachelor’s degree in industrial and labor relations at Cornell University in 1979. After returning to the U.S., Berman earned an MBA at Cornell and then followed Judith when she became a professor of molecular genetics at the University of Minnesota. “I started scrambling to find a job, and SciMed was the company that offered me one,” he recalls.

After helping launch SciMed’s first balloon angioplasty catheter, Berman pushed hard in 1987 to develop the company’s second-generation balloon catheter technology. “Getting the resources and teams in place for those projects was not easy, but they turned out to be company makers,” Berman recalls. “Absent that investment, the company might have fizzled. With those technologies, we were able to grow the company very, very rapidly.”

SciMed was the fifth catheter-based cardiology business to gain FDA approval in the U.S. Within four years, it was number one in the global market. There were times when SciMed had twice the market share of its closest competitor. “I’d say Mike’s biggest accomplishment was that he was at the epicenter in taking a complex, dynamic, highly competitive, technology-driven business global,” says Dale Spencer, who was SciMed’s CEO.

In the early ’90s, Berman was the driving force behind SciMed’s foray into the bare-metal stent business. “Today, stents are the mainstay of interventional cardiology, but back in the early ’90s, stents were considered very experimental and risky,” Berman says. “The same thing happened in 1997, when I put the weight of our division behind the [drug-coated] stent program, which was quite controversial at the time. After I left, those products became the biggest product lines in the company.”

Upon its acquisition, SciMed became Boston Scientific’s cardiology division, and soon was contributing about half the parent company’s revenue and 75 percent of its profit. On the recommendation of Spencer, who took a senior management position at Boston Scientific, Berman was named division president. Over the next five years, the division’s revenues grew from $300 million to $1.5 billion.

During the latter half of the 1990s, Berman expanded the division’s Maple Grove facility from 150,000 square feet to 400,000 square feet, doubled the employee base to more than 2,000, built up the management team that has led the company since his departure, and directed acquisition efforts that solidified its position.

In a 2000 reorganization of senior management, Boston Scientific CEO Jim Tobin asked Berman to move to Boston to manage the company’s non-cardiology businesses. “He basically wanted me to manage the other half of the company,” Berman recalls. “But I was fatigued, so I declined the offer and opted instead to leave the company. I wanted to decompress after 15 frenetic years.”

After a cross-country trip with his family, Berman sifted through his options. Venture capital? A senior-level position at a Twin Cities med-tech company? The more he thought about it, the more appealing the idea of helping med-tech start-ups became. The knowledge and skills Berman gained at Boston Scientific positioned him well for becoming an investor and board member for start-ups.

Nine of the 14 companies Berman has invested time and money in were founded in Minnesota. His most successful venture so far has been Velocimed, a cardiology device company that he cofounded with Spencer and cardiologist Dennis Wahr. The trio sold Velocimed to Little Canada–based St. Jude Medical in 2005 for $82.5 million. Of the remaining companies that Berman has worked with, three start-ups didn’t work, five have, and five have yet to be proven.

One of the success stories in Berman’s portfolio is New Brighton–based Data Sciences International, which develops implantable technology for the animal research market; revenues have grown nearly fourfold since Berman joined the board. The two other revenue-producing firms in his portfolio are Atlanta-based PharmaCentra, which creates customizable marketing programs for pharmaceutical companies; and Tel Aviv–based UltraShape, whose noninvasive technology is designed to reduce localized fat deposits and “smooth out” the skin afterwards.

Two companies, Plymouth-based BridgePoint Medical and San Diego–based Benechill, will be launching products before the end of 2010. BridgePoint has developed treatments for chronic blockages in coronary and peripheral arteries; Benechill’s technology is designed to lower the temperature of victims of cardiac arrest and other traumas in order to prevent brain damage.

Other Twin Cities–area start-ups that Berman is working with include Lutonix, which is developing drug-eluting balloon catheters; Apnex Medical, developing an implantable device for treating obstructive sleep apnea; and CoAxia, a stroke treatment company.

Then there are two entities that are so young (and still unofficial) that Berman counts them as one: Aetherworks I, working on a specialty system for securing left ventricular leads for heart pacing devices; and Aetherworks II, which is developing technology for smoking cessation.

Berman works out of his Minnetonka home using little more than a cell phone and a laptop. He has no regrets about transitioning from a global corporation to the world of start-ups. As a board member, he says. “the way I manage is through influence as opposed to executive decision making.”