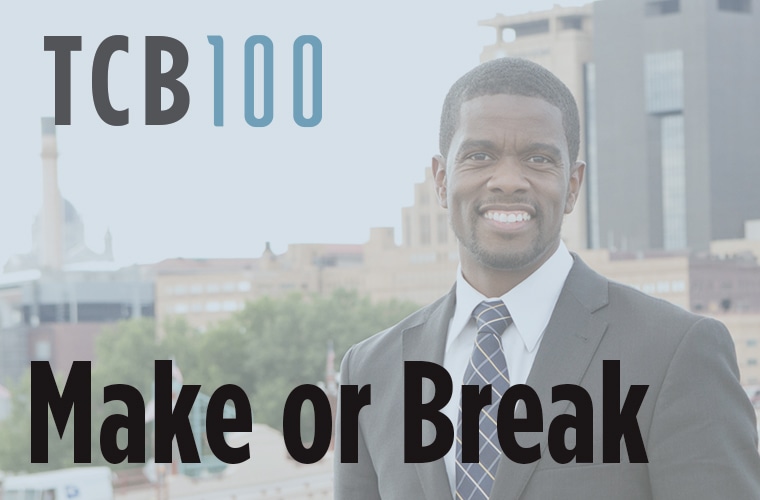 When Entercom purchased CBS Radio’s stations around the country last year, the fate of its Twin Cities troika of signals (WCCO Radio, BUZ’N Country, Jack FM) was unclear. Some observers thought the group was ripe to be sold to a programming group looking to build a greater presence in the market. Instead, Entercom committed to the region, securing Twins broadcast rights and bringing in a savvy programming veteran in Andy Bloom from CBS Radio Philadelphia to manage the group. His task is not without challenges. Buz’N has always been a poor second to iHeart Music’s K102, and WCCO, though driving substantial cash flows, faces the obsolescence issues all AM radio stations face. If Bloom can position ’CCO for what’s next and grow or reformat Buz’N, his tenure will be regarded as successful. If not, Entercom’s modest Twin Cities presence will again become the subject of rumors.

In 2017, Melvin Carter was elected the first African-American mayor of St. Paul. He got 51 percent of the first-choice votes, easily outdistancing four major challengers. Now he’s grappling with how to meet the high expectations of city residents, who are worried about a crime rate that rose 10 percent in 2017, and making ends meet in a city in which one in five live in poverty. Carter is pushing for a $15 minimum wage, college savings accounts for every child, and higher property taxes. Residents are watching to see whether he can broaden the job base, boost student achievement, and make the city safer.

Named CEO in November 2017, Jeff Crivello marks Famous Dave’s fifth CEO in five years. In hopes of turning around the struggling Minnetonka-based barbecue chain, Crivello is working with founder Dave Anderson to revamp some of Famous Dave’s Twin Cities corporate locations. A modern interior and new recipes are among the changes; a remodeled restaurant in Coon Rapids saw a 20 percent increase in sales in the first month. Crivello is also working on rolling out a restaurant concept that will solely focus on catering and delivery, to appeal to a younger demographic.

Ramsey County and developer Alatus have been eager to pull the trigger on the long-planned redevelopment of the former Twin Cities Army Ammunition Plant into Rice Creek Commons, touted as a visionary mixed-use community. County Board chair Jim McDonough has been particularly keen to get it started this year, but Arden Hills Mayor David Grant opposed his schedule, saying the city isn’t getting a good enough deal. McDonough’s timetable prevailed in a nonbinding vote of a joint commission overseeing the project, but Grant dissented as the effort moved into a phase where it could run aground if the economy falters.

Plymouth-based Christopher & Banks Corp., which sells women’s apparel, has been fighting the same battle as brick-and-mortar retailers everywhere: declining sales, closing stores, and online competition. Jones took the helm as its new CEO and president in March, bringing more than three decades of executive-level retail experience. She joined C&B from Dick’s Sporting Goods but had spent 27 years with Minneapolis-based Target Corp. Her resume offers some hope for a turnaround in the chain’s fortunes. While no one was paying much attention, C&B’s second-quarter financials offered some bright spots: a small uptick in comp store sales (0.8 percent) and continued digital gains, with e-commerce sales up 15 percent.

When John Kidd was tapped to run the Radisson family of hotels in 2017, it looked like smooth sailing for the veteran industry exec. In 2016, China-based conglomerate HNA Group Co. took a controlling interest in Minnetonka-based Carlson’s hotel division, anchored by the Radisson brand, as part of its plans to build a global hotel empire. The empire struck out. In August, the financially overextended HNA sold its Radisson holdings to another Chinese entity. Kidd remains in Minnetonka overseeing hotels in the Americas and the Asia-Pacific region; Radisson Hospitality is part of Radisson Hospitality AB, which is based in Brussels. (As of June, Radisson comprised 1,163 properties with 179,278 rooms.) Now he’s looking to keep building an evolving portfolio while working within a new management structure.

Prince’s sister Tyka Nelson was involved in the purple empire long before his death, and since then she has become the public face of the estate, of which she is an heir along with five of Prince’s half-siblings. In legal matters, it was Nelson who first petitioned for a professional entity to manage the estate. Currently that is Comerica Bank, which has authority in intellectual property rights, but Nelson’s public persona and full-relation status give her unofficial prominence. They also put her in the crosshairs of fans, whether outraged by a Prince song in a recent TV commercial or suspicious that Nelson’s using the spotlight to advance her own singing career. There is much money to be made from a treasure trove of unreleased Prince music and monetization of his existing catalog. Nelson’s out-front role will make her the go-to persona of those inevitably controversial choices.

The husband-and-wife team of real estate developers John and Patricia Wall spent years trying to figure out how best to reuse their 20-acre property around the iconically graffitied “United Crushers” abandoned grain elevators near the University of Minnesota and Surly Brewing taproom in Minneapolis’ Prospect Park. After earlier ideas for a research park were dropped, they settled on a mixed-use residential/retail concept to be anchored by a food hall called Malcolm Yards Market. Patricia Wall will be tapping her experience as a foodie to program it—the concept will be put to the test when it opens, though a specific date remains elusive.