Relatable, everyman approach has struck a chord with local fan base.
April 01, 2020 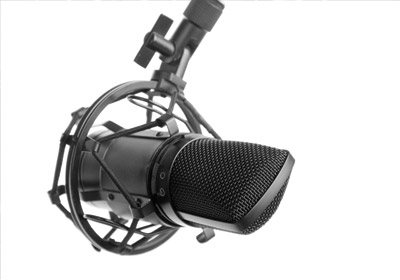 In 1991 there were only four all-sports formats in the country. The Twin Cities had none. Not even close, in fact: There was WCCO, period. WDGY-AM (1130) held down a country music format delivered by satellite. “Music was not the future of the AM dial,” says CBS Radio Senior Vice President and Twin Cities Market Manager Mick Anselmo. “Monster stations like WCCO occupied three positions: news, talk, and sports. Hubbard was going talk on 1500. I thought, ‘What if I take the other side of that?’ ”

Anselmo says he was enamored with the success and buzz of the groundbreaking all-sports WFAN in New York. Eight weeks into his tenure at WDGY he acquired the broadcast rights to the fledgling Minnesota Timberwolves. The evolution to KFAN was underway.

Swedberg had worked for WFAN early in his career and says the early KFAN was heavily influenced by it. “Over time you see what’s successful at getting and holding an audience.” To say they succeeded is an understatement. “We’ve become,” says Swedberg, “what WCCO used to be.”

The linchpin of that success is KFAN’s longtime affiliation with the Minnesota Vikings, universally acknowledged to be the most popular local sports franchise. “NFL football is destination listening,” says Anselmo. “I built ‘the Fan’ to be a Vikings talk station.”

The Vikings connection built the kind of passion that drives radio loyalty. “The Twins lose 99 games and people check out,” notes Judd Zulgad of 1500. “The Vikings go 3-13 and people are angry and want to vent.”

Football even reaches men 18 to 34 years old, “one of the most difficult [and coveted] demographics for advertisers to reach on radio,” says economist Mark Fratrik. “They are very active people.”

KFAN’s name is “the Fan,” underscores Hubbard Radio’s Dan Seeman. “[The personalities] are sports enthusiasts and storytellers. They call their listeners ‘rubes,’ after all.”

KFAN’s evolution into an impressionistic rather than a nuts-and-bolts sports station was followed, much later in the station’s history, with a bigger switch, from AM to FM. It occurred in 2011 as other sports formats were threatening to emerge on FM and Hubbard was making a full-throated attack on AM. The move was accomplished by relocating Clear Channel’s conservative talk station, KTLK, to the AM signal. The result has been big ratings gains for KFAN and erosion for its competitors.

“KFAN now has a bigger advantage and has siphoned a lot of audience from the AM dial,” says one local radio exec. “They also now have a clear advantage with the younger sports audience, many of whom won’t listen to AM radio.”

Deeply leveraged, Clear Channel shed costs and staff relentlessly, as has Cumulus Media, which owns the Ticket. “Those operators look to deliver 50 percent margins,” says industry observer B. Eric Rhoads. “You need economies of scale, but at that level it’s either margin or staffing you’re choosing between.”

Anselmo, pushed out and arguably a victim of Clear Channel’s cost-cutting, is quick to speak up in defense of KFAN. “In all the consolidations, we never deviated from keeping the station live and local.”

And that profitability has allowed KFAN to take risks. “We’re not a conventional sports radio station,” says Dan Barreiro, whose programming ventures into news and culture on a daily basis. “We’ve been allowed to grow into that because we make money, plain and simple.”