For board service to Otter Tail Corporation
April 01, 2020 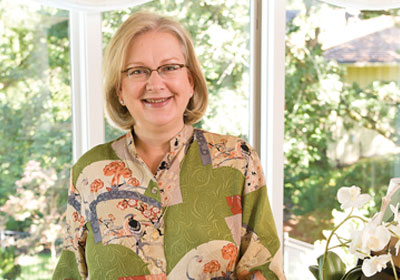 I enjoy being on boards of companies that are aggressively growing,” Karen Bohn says. “I like companies that have high aspirations and are truly making an impact for their customers. That’s an exciting place for me to be.”

Bohn spent more than 20 years in various senior management roles at Piper Jaffray Companies, culminating in her position as chief administrative officer. The first woman to serve on Piper’s corporate board (from 1992 to 1995) and a former CEO of Piper Trust Company, Bohn currently serves on four boards, including that of Minneapolis-based Ameriprise Bank. She also is the independent chair for Ameriprise Certificate Company, a face-amount certificate company that is regulated like a mutual fund.

At Ameriprise Certificate, “We were positioned well from an investment standpoint going in to the mortgage crisis and economic uncertainty. Our board asked for many presentations on the potential implications for the company and its clients and requested that certain contingency plans be put in place. We tactfully encouraged management to strengthen its communication protocols with the board, and similarly made constructive suggestions on beefing up certain areas of the company.”

Experiences like these, Bohn says, “confirmed the value of diplomacy. Balancing the need to oversee management and ensure that shareholder and customer interests are being appropriately considered is more readily achieved when conversations are direct and not adversarial.”

Bohn also chairs the corporate governance committee for Otter Tail Corporation (Nasdaq: OTTR), a diversified public utility with corporate headquarters in Fergus Falls and Fargo. “On all of the utility customer service and reliability metrics, they’re at the top of their game,” she says. “It’s exciting to be associated with a company that does things so well.”

Bohn’s business experience and networking skills have enabled her to introduce several outside resources to Otter Tail, including public relations, strategic planning facilitation services, and organizational development consultants. She also has significantly added to the candidate pool for Otter Tail’s board.

“Karen’s duties demand a detailed understanding of our business, a high degree of integrity, and true dedication to doing what is right for our shareholders,” Otter Tail president and CEO John Erickson says. “On all accounts, she has brought value to the board in these areas and others through the depth of her knowledge, the quality of her counsel, and the strength of her convictions.”

“Sometimes what’s right for shareholders can be painful,” Bohn observes. “In one case, we determined that the company was better off being privately held. On another board, we determined that it was time for the company to be sold because they could no longer grow and prosper on their own. Ultimately, I believe that in both of those cases the right decision was made for the shareholders.”

Bohn also chairs the governance committee of Alerus Financial Corporation, a multibillion-dollar financial services company headquartered in Grand Folks, North Dakota. “At Alerus, we entered the economic downturn with considerable excess capital, and as a result were able to make a number of strategic acquisitions in the Minneapolis and Phoenix marketplaces, significantly enhancing the value of our business,” she says. “It’s been a very exciting though challenging time for Alerus. It is one thing to make acquisitions, and another to integrate them well. We determined early on that our people were exceedingly capable of the challenge, and they have not let us down.”

When her board duties permit, Bohn spends her time on Galeo Group, her consulting company, which provides interim executive services and serves as a strategic management resource for CEOs and senior management teams in areas including governance and leadership.