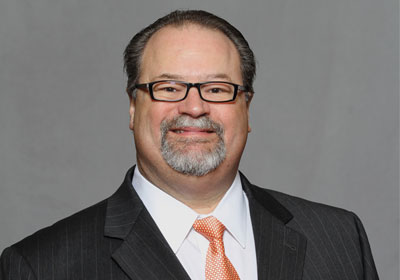 Bartolotta Restaurants
Founded: 1993
Headquarters: Wauwatosa, Wisconsin
Sales: Over $23 million
What it does: Develops and manages restaurants in the Milwaukee area

Joe Bartolotta always knew that he wanted to own a restaurant. Instead of attending college, the Milwauee native decided his course of education would be to move to New York and work in as many restaurants as possible. That way, he says, “I could make most of my mistakes with other people’s money.” He started out doing odd jobs in the kitchen, in time moving up to managing restaurants and hotels.

In 1993, Bartolotta left New York (where the price of opening his own place was prohibitively expensive) and returned to Milwaukee. Once back home, he opened Ristorante Bartolotta, the first eatery in the area to serve Northern Italian fare. Ristorante Bartolotta became the start of an epicurean empire that now includes five fine-dining restaurants, a thriving catering business, a pizzeria, a high-end burger joint, and a few franchises at the Milwaukee airport.

“We look at what exists in the market currently and see if there is any area that’s not being served,” Bartolotta says. “When we opened our seafood restaurant, there just wasn’t a lot of seafood out there. We felt it was a really good time because nobody was doing it.”

Bartolotta was one of the first Milwaukee restaurateurs to hire professional restaurant designers, “while a lot of people were simply hanging posters and doing things very much on the cheap,” says John Wise, Bartolotta’s colleague of over 15 years and director of operations at Bartolotta Restaurants. “This is a guy who’s always more interested in his reputation than the size of his bank account, so he’s always taking his money and reinvesting it back into his restaurants.”

At Ristorante Bartolotta, Bartolotta did just about everything—ordering supplies, hiring, waiting tables, cooking, and cleaning. The small 55-seat eatery was “wildly successful” from the day it opened, he says. But Bartolotta realized all he had done was create a $35,000-a-year job for himself. “It occurred to me to open a second restaurant pretty quickly,” he says.

In addition to the restaurants he currently owns, Bartolotta has two openings planned for this year, including another concept Milwaukee hasn’t seen before—the gastropub.  “It’s great restaurant food served in a very casual bar environment,” Bartolotta says. “People can come in shorts and a T-shirt and eat a lamb chop, or risotto, or something with white truffles.”

Bartolotta says that he never had any grand ideas of owning a group of restaurants. “Things just sort of come to me,” he says. To be sure, not all of his concepts have been well received, and some had to be closed or converted. But that doesn’t stop him. “It’s an opportunity to expose your name and what you can do,” he says. “It’s a part of marketing yourself.”

Bartolotta’s goal is to open one or two restaurants each year. He admits that he might have no more room to grow in Milwaukee, and is eyeing Madison and the northern suburbs of Chicago. The biggest challenge, Bartolotta says, is finding the right managers, which is why his company focuses on training its employees and then promoting them from within.

“I am just the guy who signs on the paper, has the creative vision, and moves the company forward,” Bartolotta says. “But they are the ones who clean up the mess behind me.”