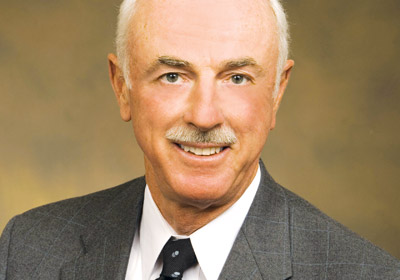 In 1996, when Joel Johnson joined Ecolab’s board, the St. Paul–based maker of sanitization and hygiene chemicals for the food, health care, industrial, hospitality, and other markets, had annual sales of nearly $1.5 billion and operated in a few dozen countries. In 2011, sales were more than $11 billion, and there are few countries in the world where Ecolab products can’t be found.

There may not be a direct link between these two phenomena. But neither are they unrelated. Johnson, who until 2006 was chairman CEO, and president of Austin-based Hormel, has been a driving force on the board for Ecolab’s growth. Ecolab Chairmanand CEO Douglas Baker says that Johnson played an important role in Ecolab’s acquisition last winter of Nalco, an Illinois company that provides water treatment, emissions reduction, and process improvement services around the world. The merger has nearly doubled Ecolab’s size—from around $6 billion to more than $11 billion in revenue—and was the largest Ecolab acquisition to date.

“Joel asked all the right questions” as the board was considering the merger, Baker says. In addition, Johnson “was also willing to take a risk on behalf of shareholders.”

For his part, Johnson was motivated to get the Nalco deal done. “It was a stretch that was within the elasticity of the company” and a substantial opportunity to expand Ecolab’s market position, he says. “Nalco had lines of specialty chemicals that were outside of Ecolab’s scope.”

JOHNSON’S OTHER BOARD SERVICE

Johnson credits the smooth merger to an excellent transition team, but admits that he had to put in extra hours as he oversaw the financials for the first post-merger annual report: “The report normally runs more than 100 pages, and we had to add a lot of one-time activities.”

Indeed, Baker gives much of the credit to Johnson, who chairs the Ecolab board’s audit committee, for the company’s “history of pristine financials.” Those reports are “complex, involving accounts in over 100 countries, nearly 80 acquisitions since 1996, and all of the Sarbanes-Oxley requirements,” Baker adds. Asked why Johnson is such an effective audit committee chair, Baker replies that “he’s going to probe and ask questions. I know that he’s never going to be complacent.”

Before joining its board, Johnson saw that Ecolab “was clearly a well-managed company, knew its customers and competitors, and had a clear mission and great employees,” he remembers. There were, in short, “no significant headaches.” The board position was an opportunity “to learn how to be a better CEO at Hormel,” a position he had held for only three years at the time.

Johnson also thought that, as a 29-year veteran of the food industry—he had worked at General Foods for 24 years before joining Hormel in 1991—he had something to offer a company that generated significant revenue from food safety products. Johnson thinks he’s been an effective board member because he abides by the “nose in, fingers out” rule for directors. “My responsibility is oversight, not management,” Johnson adds. “When I was Hormel CEO, I appreciated and learned from board members who stuck to that rule.”

It’s a philosophy that Baker appreciates. “Joel understands the line between governance and the day-to-day running of a company,” he says. Johnson, Baker adds, “trusts management while providing real oversight. Most importantly, he truly enjoys the work, he cares a lot, and he sees his work on the board as a service.”

Johnson echoes Baker’s comments about enjoying his duties as an Ecolab director. “They are stimulating, and I get to work with people I’ve known for a long time,” he says. The company’s bylaws don’t allow anyone over 72 to run for a board seat. Johnson, who is 69, could get another term of service. “If the shareholders choose to give me one last term in 2013,” he says, “I’d love to serve it.”