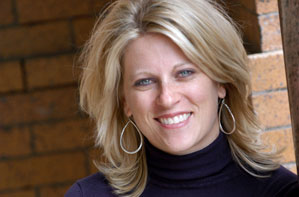 Jodi is the Director of Event & Conference Planning for Augsburg College, a private college in Minneapolis. In her role at Augsburg, Jodi and her staff oversee the implementation of events on campus. Jodi has received a masters of tourism administration from George Washington University, and earned her CSEP in 2005. Jodi is a past-president of the ISES Minneapolis-St. Paul chapter. At ISES she has served as the regional vice president for the Midwest Region from 2006 to 2008, and is currently serving as a member of the ISES International Board of Governors.

Awards:
• Profiled in Meetings Magazine as an Industry Innovator, 2008
• ISES International Chapter of the Year, 2005–2006 (Term of presidency) • Inducted into Minnesota Meetings & Events Hall of Fame as Up and Coming Special Events Planner, 2004
• Selected as one of Minnesota Meetings & Events Magazines “Women to Watch” in the Events Industry, 2003
• Recipient of eight ISES awards between 2004–2009