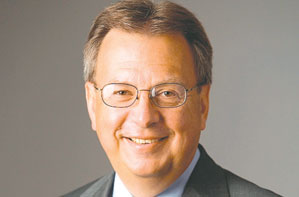 In early October, the Plymouth-based producer of agricultural fertilizer reported sales rose to $4.32 billion in the quarter ended August 31 from $2 billion a year ago; net income rose to $1.2 billion from $306 million, with earnings per share climbing from 69 cents to $2.65. Investors promptly smacked Mosaic’s high-flying stock (NYSE: MOS) with an 18 percent decline. The reason? The EPS wasn’t quite as high as they’d expected.

Once the hottest stock among Minnesota-based businesses, MOS cooled considerably this fall, from a high of $163.25 to $30.35 as of December 1. Commodity prices were declining in the second half of the year; farm income in 2009 is predicted to be tight; and in early December, Mosaic announced that potash sales were down 38 percent.

Still, Mosaic’s cash position remains solid; Prokopanko is confident of the company’s long-term prospects, given the global demand for more protein-based diets. The short term? Impossible to predict. One cloud on the horizon: a federal lawsuit claiming that Mosaic colluded to drive up potash prices. At this point, analysts don’t think that this will cause any stormy weather.