Doug Kohrs has translated his serial success in med-tech into the expansion of Tornier, Inc., into new markets.
April 01, 2020 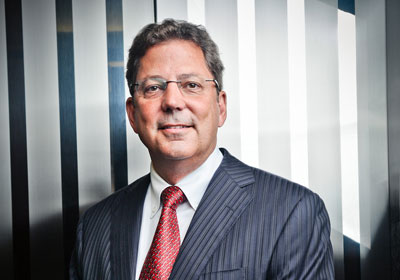 Founded: 1944
Headquarters: Edina
Revenues: $261 million
Employees: 800
What it does: Global provider of devices for surgeons specializing in treating the extremities

Doug Kohrs knows how to make a good business better. As CEO of Minnetonka-based American Medical Systems from 1995 to 2005, he turned a small urological-products firm into a successful public company. Before that, he co-founded Spine-Tech, an orthopedic manufacturer later acquired by global medical technology giant Sulzer.

In 2006, this medical device veteran helped purchase Tornier, a well-established French company, and guided it from a family-owned business to a global player in the joint replacement and soft tissue repair market. Tornier sells medical devices for injuries or disorders to human extremities—from the shoulder to the fingertips and from the foot to the ankle. “What we’re saying to physicians is that we know you are specialists, and we’re going to specialize also and focus on you,” Kohrs says.

Kohrs left American Medical in 2006 and became entrepreneur-in-residence at Eden Prairie venture capital firm Split Rock Partners. While there, he looked into Tornier. The more he investigated the company the more excited he got about its prospects, and he persuaded a team of investors to buy the company. After the purchase, Kohrs became CEO and president, moving Tornier’s headquarters to Edina to take advantage of the Twin Cities’ med-tech marketing strength.

“When we looked at Tornier as an investment, we saw a company that had a great European reputation for 60 years that was built upon innovation and scientific rigor,” says Kohrs, a biomedical engineer who held executive positions at Johnson & Johnson Orthopedics and Zimmer before co-founding Spine-Tech in 1991. “But they had a very small presence in the United States. We realized that if we did things the right way, we could leverage that reputation to grow the business in the United States and then expand geographically outside of the United States and Europe.”

Under Kohrs’ leadership, Tornier has grown from $100 million in revenues in 2006 to $261 million last year. When he took over, Tornier sold 23 products in 15 European countries; today it sells 100 products in 45 countries worldwide, including Japan, China, Australia, and Argentina. Headcount worldwide has jumped from 350 to 800.

Factors in this growth include Kohrs’ emphasis on innovation and strong investments in research and development. He also has maintained Tornier’s long-standing commitment to quality and backing its devices with clinical studies. Staying sharply focused on one region of the body also helps Tornier marshal its resources effectively for the most promising product ideas and bring them quickly to market.

Dave Stassen, managing director of Split Rock Partners, says that his venture capital firm helped fund the acquisition primarily because Kohrs would be at the helm. Stassen and Kohrs worked together at other medical device companies. “He’s a winner,” Stassen says. “I’d invest with Doug in just about anything.”

Stassen and Split Rock also liked Tornier’s strong business plan and product line in a lesser-served market, as well as its promising plans for growth. “It was a good company when it was purchased, and what Doug did was infuse more of an entrepreneurial spirit and hire people who were more growth-oriented,” Stassen says. “Before that it was a family-owned company that focused on profitability. They started out with good products and they’ve continued to enhance their products.”

One of Kohrs’ biggest challenges was assuring the company’s mainly European workforce that Tornier wasn’t going to move all of its jobs to the United States. Kohrs maintains offices in both countries and travels heavily between the two. He also has hired executives globally to lead different locations and instituted an exchange program for French and American employees to promote cross-cultural understanding and integration.

When he took the helm at Tornier, Kohrs set a lofty goal to surpass his former employer, Johnson & Johnson, as the number-one company in extremities surgery. Part of his blueprint included broadening from mainly serving the shoulder replacement market into other extremities, and expanding into serving the soft tissue market, including ligaments and tendons. The company now is working on new devices for minimally invasive joint repair.