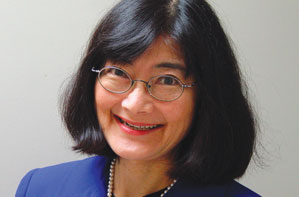 It’s hard to believe that when Dorothy Hatsukami started researching nicotine addiction more than 25 years ago, there wasn’t even full consensus that nicotine was addictive.

“People who are addicted to nicotine don’t have the kind of social or job consequences you might see among those who have other types of addictions,” she points out. “On top of that, you don’t see intoxication as [in] drug use.”

Hatsukami’s U of M research team in the 1980s was one of the first to scientifically characterize the withdrawal symptoms that smokers experience when they quit, proving that smokers develop a physical dependence on nicotine. Now, Hatsukami’s group works on helping smokers quit. Their research also extends to nonsmokers and reducing their toxin exposure from secondhand tobacco smoke.

They made headlines in March 2008 with a study showing that hospitality workers had significantly fewer tobacco-specific cancer-causing chemicals in their bodies since Minnesota’s Freedom to Breathe Act—which prohibited smoking in virtually all public places—went into effect on October 1, 2007. The study included nonsmoking employees of bars, restaurants, and bowling alleys throughout the state. Urine samples taken before and after the smoking ban took effect showed that participants experienced as much as an 85 percent decrease in some tobacco-specific toxins.

“That shows that the Minnesota comprehensive smoking ban does make a significant difference in protecting our workers from harm,” Hatsukami says. “I’m really proud of the fact that our state was able to pass that ban.”

Hatsukami was also on a team led by the U’s Stephen Hecht that proved that infants inhale cancer-causing chemicals in secondhand smoke. Some infants had toxin levels similar to those found in adult smokers.

Findings like those are useful only if they become widely known, Hatsukami believes. So some of the grant money garnered by her university research center goes toward influencing public health policies and programs at every level.

“Dissemination is vitally important,” she says. “For example, we would like to have information about the infant study conveyed to parents who smoke to let them know that they may be doing harm to their children.”

Under a grant from the National Institutes of Health (NIH), Hatsukami and her colleagues at the Masonic Cancer Center are also exploring whether the toxicity in tobacco products can be reduced for those users who are unable or unwilling to quit. “We are asking what we can do to help those individuals,” she says. “Of course, our message is that quitting smoking is the best way—and the only known way—to reduce the mortality and morbidity associated with tobacco use.” After all her years of smoking-related research, Hatsukami is still appalled by what tobacco companies can sell.

Those freewheeling days may soon be over. “We are trying to provide the science to push for tobacco product regulation,” Hatsukami says. “That may be just around the corner, because there is a bill in front of the U.S. Congress that would give jurisdiction to the Food and Drug Administration to regulate tobacco products.”

Meanwhile, one of Hatsukami’s most exciting projects could give more help to smokers who want to quit: the development of a nicotine vaccine. Her colleague Paul Pentel came up with the initial concept more than a decade ago and is working on the vaccine. Hatsukami is studying the results in human subjects.

“The vaccine is basically a nicotine molecule that’s attached to a foreign carrier protein,” Hatsukami says. The idea was for the vaccine to stimulate the immune system to create antibodies, “so that when an individual smokes, the antibodies capture the nicotine molecule. That molecular complex is so big that it can’t penetrate through the blood-brain barrier, which prevents it from getting into the brain. And if you don’t get nicotine into the brain, people won’t get the pleasure from smoking.”

Hatsukami led a study whose results were published in 2005 showing that the vaccine did, in fact, produce varying levels of anti-nicotine antibodies in human subjects, and that it was well tolerated and caused few side effects. What’s more, the vaccine did not seem to cause cigarette withdrawal symptoms, and people treated with the vaccine didn’t puff harder or smoke additional cigarettes to compensate for the lower levels of nicotine being delivered to the brain.

In a recent NIH-funded clinical trial of the vaccine with Maryland-based Nabi Biopharmaceuticals, participants who developed high levels of antibodies after being injected with the vaccine had greater rates of smoking cessation than people who were given a placebo—roughly 16 percent and 6 percent, respectively. “The real scientific challenge now is to try to produce high antibodies in the majority of people who are injected with the vaccine,” Hatsukami says.

Smoking’s role in causing chronic disease and more than 400,000 deaths a year in this country is well known and documented by now, along with the addictive nature of nicotine. “That’s why I’m so passionate about dealing with tobacco addiction,” Hatsukami says. If we can prevent and cure that, “we can really reduce the disease burden in this country and even worldwide.”