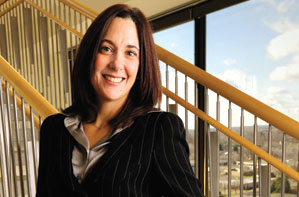 Owens became leader of this business unit of Minnetonka-based UnitedHealth Group in September 2007. That put her on the cutting edge of the movement for consumer-directed health care in the United States.

The former head of Uniprise, UnitedHealth’s benefits management administration subsidiary, Owens took a step up at OptumHealth, which was projected to top $5 billion in revenues in 2008. Among its many lines of business are its health savings account (HSA) plans: Owens announced in August that OptumHealth’s HSA bank had reached $600 million in tax-free deposits, a 50 percent jump from its year-earlier level.

Though it’s fast-growing, the bank is actually the smallest part of OptumHealth. The business was created in 2007 when UnitedHealth merged several companies that it had purchased, including a dental benefits provider, a behavioral health specialist, and a vision benefits provider. Owens’ company works with employers and even other health plans, to whom it offers private-label outsourced services. Its biggest division is Care Solutions, which provides patients with clinically backed information to help them make decisions on treating medical conditions, particularly complex ones.

At 40, Owens is one of UnitedHealth’s new generation of rising stars. She’s certainly involved in one of the most closely watched industries in the U.S., thanks in part to a new president who has emphasized health care reform.