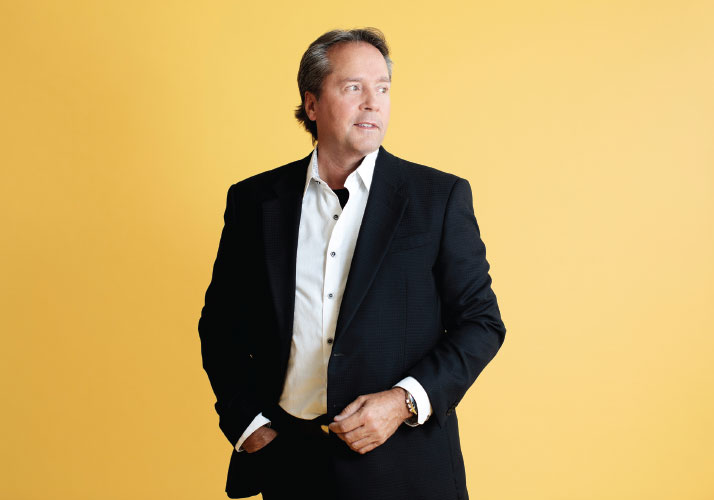 For board service to Celcuity Inc. (2014–present)
By webpublisherpro
| April 01, 2020
Acceptance Speech

It’s been relatively rare for Minnesota companies to go public in recent years. Plymouth–based biotech firm Celcuity Inc. has been one of the few exceptions, completing its initial public offering in 2017. The IPO grossed $26.2 million, before fees, for the company, which does not yet have any revenue and effectively remains a startup.

Brian Sullivan is the public face of Celcuity. He co-founded the company in 2012 and has served as its CEO and chairman since the company’s inception. But behind the scenes, David Dalvey is a key player. Dalvey is managing general partner with Minneapolis–based Brightstone Venture Capital, which invests in early-stage technology and life science companies in a range of industries. When Brightstone invested in Celcuity in 2014, Dalvey joined the board of directors.

“I think he has an entrepreneurial mind-set, which is important,” Sullivan says. “He has the right mind-set and that’s half the battle.”

Celcuity is tapping into the trend toward “personalized medicine.” The company has developed proprietary cellular analysis technology that is designed to offer a new type of diagnostic test for cancer patients, with the goal of finding the drug therapy that most precisely matches the biology of their cancer. The potential market is huge: Cancer ranks second behind heart disease as the leading causes of death in the U.S.

It’s common for venture investors to land seats on a company’s board.

Dalvey brings deep experience as an investor and board member for several successful startups. The list includes Minneapolis-based Bite Squad, which was sold to Louisiana–based Waitr Holdings Inc. for $323 million in 2019, Minneapolis–based Definity Health Corp., which was sold to UnitedHealth Group for $305 million in 2005, and St. Paul–based AppTec Laboratory Services Inc., which was sold to Shanghai–based WuXi Pharma Tech in 2008 for $174 million. In his days as an investment banker, Dalvey worked on approximately 40 public offerings, including IPOs and secondary offerings.

What drew him to Celcuity?

“Really, 95 percent of my [initial] decision is made on the people. I’ve known Brian for over 20 years. I watched Brian build two successful companies to nine-figure exits … I invest in people way before I invest in business plans,” Dalvey says. “Brian was just a great bet for a successful investment. We were the first outside money in the deal.”

Brightstone Venture Partners and one of Dalvey’s limited partnerships both invested in Celcuity’s initial $4.7 million financing round.

“The next thing I’ll look at after [the people] is ‘What is the problem that the business is really trying to solve?’ ” Dalvey continues. “The problem that Brian was trying to solve was to change the way or to dramatically improve the way cancer is diagnosed and therapies are prescribed. That’s an incredibly important problem. The third thing I look at is, ‘How big is that market?’ ”

Dalvey is now the longest-serving member of the Celcuity board, other than its co-founders, Sullivan and Lance Laing, chief science officer and vice president. Sullivan says that Dalvey was a key advisor as Celcuity weighed options for its next round of capital.

“Just in the dynamic of board interaction, I think what you’re really looking for is counsel,” Sullivan says. “Dave was a great person to bounce alternatives off of … it was great to have Dave as someone who I could discuss and strategize about how we would go about it and what our expectations would be.”

Celcuity ultimately raised $21 million in private financing prior to going public; the IPO was effectively its fourth round of financing. “Brian consulted with his directors on this decision,” Dalvey says. “Two of his directors, myself and Dick Nigon, both have long histories of working with public companies and taking companies public.”

What makes a good director? For Dalvey, it boils down to what a director can bring to the company to help safeguard the shareholders, support the CEO, and help grow the business.

Dalvey urges boards to avoid groups of director with common experience and perspective. “You wouldn’t want to have five investment banker types on the board and no industry people. You want to make sure that the board is well-rounded.”

Sullivan is just grateful to have Dalvey as both an investor and board member.

“You want somebody who’s sophisticated and able to provide the appropriate input [and] advice,” Sullivan says. “Dave’s a very humble guy, and pragmatic and sophisticated about the kind of issues that a startup has to address. And has, I think, a good ability to sort through the potential a company may have and weigh that against the risks and likelihood of success. You want somebody who knows what they’re doing … He’s been involved with some very successful companies.”