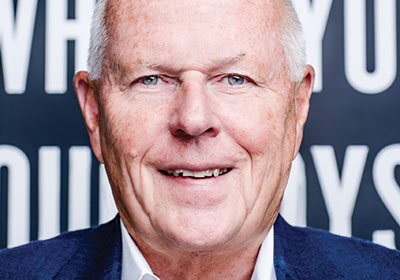 The hospital once successfully treated his son Duffy after a brain injury playing hockey.
May 05, 2016

Pat Fallon, the legendary ad man who passed away last November from a stroke, left a bequest in the name of Hennepin County Medical Center for research related to traumatic brain injuries.

HCMC spokesperson Christine Hill said the hospital could not disclose the donation amount per a request from Fallon’s family.

The financial gift will be funneled into HCMC’s Rockswold Kaplan Chair, a research program founded in 2014 and dedicated to Dr. Gaylan Rockswold who spent 42 years at HCMC performing brain surgeries and scientific research. Rockswold developed the use of hyperbaric oxygen therapy—or inhalation of 100 percent pure oxygen—for brain injury.

It was announced last month that the largest-ever study on brain trauma would take place through a collaboration between HCMC, the University of Minnesota and Abbott Laboratories. The study, which will screen 9,000 trauma patients, aims to develop a new method for diagnosing the severity of a brain injury by measuring eye movements.

Fallon’s donation can be attributed back to a case in 2011 when his son, Duffy, experienced a brain injury from a hockey accident. The family pursued cranial treatment at a number of medical facilities before landing at HCMC. “Our world changed once we got to HCMC’s Traumatic Brain Injury Center,” Fallon had said at the time. Duffy is now fully recovered, HCMC said in a release, and is a student at Boston College.

About 100,000 brain injuries occur in Minnesota each year. More than 1.5 million Americans sustain a traumatic brain injury annually, while severe cranial trauma continues to be the leading cause of death and disability among children and young adults.