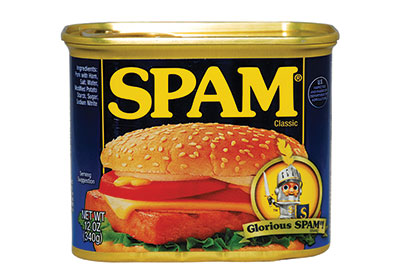 A new book suggests Hormel’s story is a microcosm of everything that’s gone wrong in America’s meat industry.
March 01, 2015

Over the holidays the Wall Street Journal did an atypical thing: It favorably reviewed a book that savaged a Minnesota company, Austin-based Hormel Foods. The tome, The Chain, by Ted Genoways, uses Hormel as a foil to point out the many ills of the pork industry. Hormel was a compelling target because at one time it was the paragon of a business that led its industry through a principled approach to community and profit.

Hormel—which now produces everything from Jennie-O turkey products to Skippy peanut butter—continues to carry the legacy of the notorious Local P-9 strike of 1985-86. Responding to competitive pressures in the meatpacking industry, the company moved to lower its wage base. It eventually outsourced the most difficult and labor-intensive production to an outside contractor, Quality Pork Processors, that operates out of space in Austin’s Hormel plant.

Genoways’ most incendiary chapters focus on the discovery of a debilitating inflammatory illness, CIDP, that spread among employees who used high-pressure air hoses to liquefy pig brains for shipment to Asia.

Hormel manager of external communications Rick Williamson notes that QPP ended the production technique after the Minnesota Department of Health brought the illness to the company’s attention, but Genoways contends that the response to CIDP at Hormel and within the state was less than acute because the illness afflicted a labor base of immigrants, not all of them legal.

St. Paul labor historian Peter Rachleff, who assisted Genoways in his research, describes meatpacking in America as “transformed by conglomerates,” where pressure brought on by both corporate greed and consumer expectations necessitated driving down wages and the subsequent evolution of meatpacking from a job that “was hard, well-compensated and respected,” to an ever more demanding and under-regulated profession. “Meat is now almost exclusively immigrant work,” Rachleff says.

He describes Hormel, despite its recent growth and diversification, as a company “that kind of went underground . . . and has never recovered its confidence as a corporate citizen.”

The Chain had ranked as high as the top ten of two of Amazon’s sales categories—books on agriculture and restaurants/food.