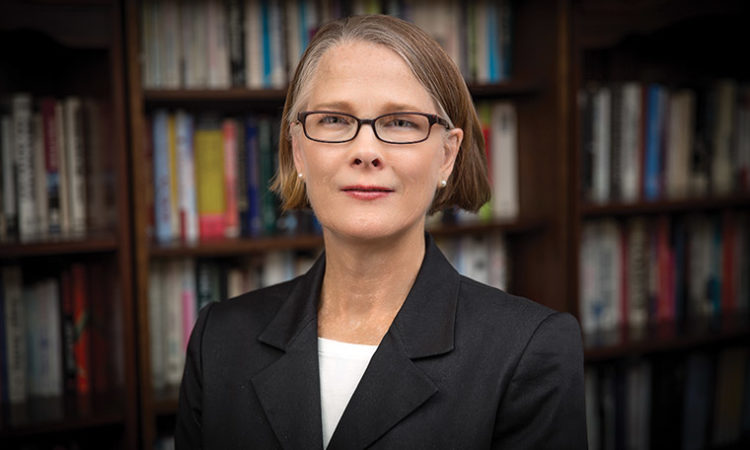 Minnesota needs immigration and welfare policies that respect our culture of hard work and the rule of law.
October 02, 2017

The message conveyed by the front cover of TCB’s August issue featuring a federal ICE official, heavily armed, in the middle of a corn field (“Uprooted: Will Minnesota’s Rural Economy Survive Tighter Immigration Policies?”) could not be clearer: enforcing immigration policy is a threat to rural Minnesota.

We all sympathize with farmers trying to find a reliable workforce, and the hard-working “non-citizens” doing work most Americans refuse to do. The TCB stories led readers to conclude Minnesota would pay too high a price for ending illegal immigration and decreasing refugee resettlement. The subtitle of one article, written in red capital letters, was “The Danger to Minnesota’s Economy Isn’t a Flood of Immigrants, It’s When They Stop Arriving.” In other words, immigrants have been saving our bacon economically and demographically.

As TCB noted, Minnesota’s only net-positive population growth since 2001 has been from people born outside the United States, both refugees and immigrants. That population growth may help us hang on to a congressional seat after the 2020 census and ease the demand for low-cost labor, but at what price?

On a per capita basis, Minnesota is the No. 1 destination for refugees. Refugees, given their special needs, are immediately enrolled in the full menu of welfare programs. But there are immigrants, both legal and illegal, who are on welfare, too. Because Minnesota does not track costs by non-citizen categories, there is zero accountability to taxpayers. The state demographer, however, tracks labor force participation rates by cultural groups. Many newcomers have consistently low rates of participation, while a few work more than Americans. Culture, it turns out, matters.

The Center of the American Experiment certainly shares TCB’s concerns about immigration reform disrupting the economy. But as TCB acknowledged, the status quo is not working; employers have an uncertain workforce and employees an uncertain future. Besides exploiting illegals as “cheap” labor, illegal immigration erodes our respect for the law and lowers wages for guest workers, legal immigrants and citizens alike—and grows the police and welfare state to deal with the problem. Working Minnesotans are subsidizing a lot of people who do not work. And it is making people cranky, including hard-working legal immigrants.

A good friend of mine from Egypt works six days a week. He tells me Minnesotans are naÃ¯ve about welfare fraud, that we are being taken advantage of. An economist friend from Bangladesh agrees; he is helping the center track refugee costs. Both men say the refugee program poses serious security threats because the Muslim Brotherhood is very active here (and that we are naÃ¯ve about that, too).

When Minnesotans express concerns about immigration, academics, often from the Humphrey School of Public Affairs at the University of Minnesota, wave off those concerns. They argue that while the up-front “investment” is substantial, the long-term benefits justify the programs. They even claim that diversity, in and of itself, offsets costs. But it is folly to ask taxpayers to fund welfare for newcomers in hopes that someday they will become taxpayers. Any benefit, economic or otherwise, is entirely speculative.

Walter Russell Mead, a professor at Bard College, wrote in the Wall Street Journal recently, “America’s ability to welcome and integrate immigrants remains one of its strengths, but history suggests that a dogmatic insistence on the current policy may well stoke an anti-immigrant backlash. It is more prudent to accommodate these concerns than to defy them.” 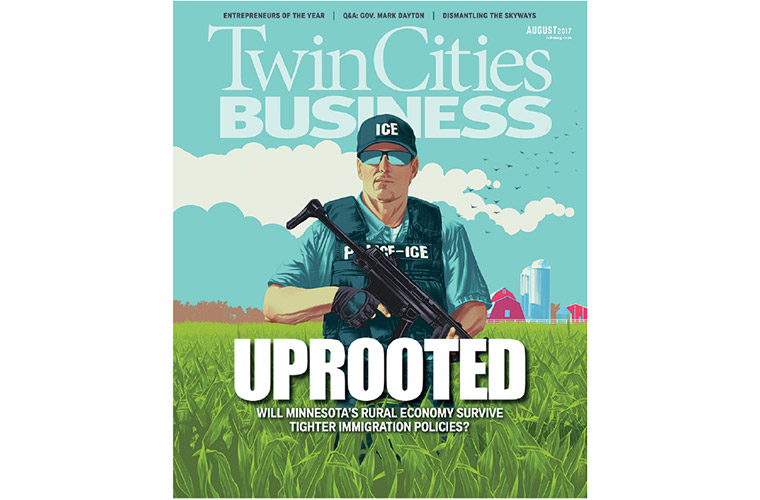 Last year—2016—was a civil backlash. Donald Trump almost won Minnesota. Between ISIS recruitment, Islamic terror at home and abroad and a lot of uncertainty about our civic culture and economy, many Minnesotans, while generous to a fault, voted to pull in the welcome mat. Our sense of hospitality has been overwhelmed. In our own clumsy way, we are trying to not be naÃ¯ve.

President Trump’s executive actions and rhetoric, which appall most academics and delight many regular folks, have led to a decline in refugees and illegal immigrants. That means we don’t need as many federal ICE agents poking around. Now Congress must do its job. What might work in Minnesota (e.g., lots of legal guest workers from Mexico) may not work in Texas. Wisconsin Sen. Ron Johnson introduced legislation that would deploy the power of federalism by letting states design guest-worker policies. Then Congress does not have to agree on a one-size-fits-all solution.

Arkansas Sen. Tom Cotton’s proposal to favor skilled immigrants does not affect the agricultural guest worker H-2A visas, which have no cap—though supply is clearly not meeting demand in rural Minnesota. Is anti-immigrant sentiment keeping guest workers away, as TCB suggests? Not likely, as guest workers are legal. Could it be that low wages paid to illegals make Minnesota less attractive to guest workers who have better opportunities elsewhere?

Minnesota needs immigration and welfare policies that respect our culture of hard work and the rule of law. We also need time to properly welcome and integrate the newcomers already among us. Then Minnesotans will put the welcome mat back out.

Kim Crockett is a vice president, senior policy fellow and general counsel of the Center of the American Experiment, based in Golden Valley.