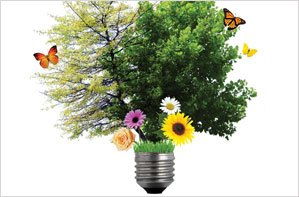 Local law firms are beefing up their alternative and renewable energy practices.
February 11, 2009

It’s a boom time for the clean and green energy sector in Minnesota—and for the alternative energy law attorneys who negotiate real estate leases, wade through government regulations, complete reports for permits, or hammer out the details of a partnership between utilities, renewable energy providers, and product manufacturers.

Minnesota boasts strong industries for wind energy, solar power, and biomass, and entrepreneurs are striving to bring emerging technologies to market, including geothermal energy and biodiesel.

Building on its strong agricultural background, Minnesota has served as a leader in creating and utilizing renewable forms of energy since the 1970s. Today, it ranks third in the nation for producing wind energy and fourth for ethanol, according to the Minnesota Department of Employment and Economic Development. Those numbers will only increase as the state’s new renewable energy standard fuels the alternative energy industry. The legislation, signed into law by Governor Tim Pawlenty in 2007, requires utilities to produce 25 percent of their electricity using forms of renewable energy by 2025.

David Quinby, office managing partner of Stoel Rives in Minneapolis, calls Minnesota’s alternative energy sector a major growth industry. “The Midwest has shown leadership in the past five to six years, and it goes back to promoting and providing opportunities for developers to lead much of the country in developing renewable or alternative energy,” he says. “This industry here will see capital coming to it.”

Stoel Rives got into renewable energy in the 1980s as an outgrowth of its work for PacifiCorp, a utility operating in the west and Pacific Northwest, which started dabbling in geothermal and wind energy in the 1990s. After PacifiCorp came under new ownership and brought much of its legal counsel in house, Stoel Rives decided to put its expertise to use for other companies in the renewable energy field. In the past 20 years, the firm has worked on approximately 40 percent of wind energy projects across the country, as well as many geothermal and solar energy projects, Holmes reports.

Stoel Rives decided to open a Minneapolis office to better serve some of the renewable energy developers in the Midwest. Generally, the firm’s local client base includes companies that develop renewable energy projects, whether it’s wind, ethanol, or solar power. These firms buy up the necessary land, pull permits, purchase turbines or solar panels from suppliers, line up contractors to build the development, and then ink deals so that utilities can purchase the power produced by the project. Attorneys are there guiding these developers every step of the way, Quinby says.

“The fun side of renewable energy law is helping put together the projects and seeing the pieces come together,” Quinby adds. “We’ve done that for a lot of years and find it very satisfying. We’ve done so many, we have the expertise to get projects done and the creative minds to bring it all together.”

At the Minneapolis office of Fulbright & Jaworski, LLP, the firm’s eight-member alternative energy group works on projects involving wind, solar, and biofuels, including ethanol and biodiesel made from soybeans, corn, algae, jatropha (a drought-resistent perennial), or canola. Founded in Houston, Fulbright & Jaworski has more than 300 attorneys overall working on energy issues.

Locally, Fulbright & Jaworski specializes in the transactional aspects of developing renewable energy, representing developers, turbine manufacturers, financiers, and other investors. Other lawyers in its Minneapolis office handle intellectual property issues for entrepreneurs working on developing new technologies. Attorneys also take on all manner of negotiations, including those with the utilities, developers, wind turbine manufacturers, and companies that maintain the turbines.

“These are projects that have a life expectancy of 20 to 30 years,” says Girard Miller, a Fulbright partner in Minneapolis and co-chair of its alternative energy practice group. “It’s critical to make sure there are appropriate warranties for the turbines. We make sure the deals get thoroughly negotiated.”

Handling another aspect of alternative energy law is the Minneapolis firm Briggs & Morgan. Going back 40 years, the firm’s lawyers have long represented utilities throughout the state, adding regional reliability organizations (the individual councils charged with ensuring reliable power supplies), independent power producers, and wind energy developers to its client base in recent years. As these utilities started branching out into renewable energy, Briggs went along with its clients to handle their legal needs, explains Michael Krikava, a shareholder and head of the energy law practice group.

More than a dozen of its attorneys focus on renewable energy, primarily working to help utilities negotiate power purchase agreements with wind developers. Currently, wind energy electricity projects are where Briggs lawyers and clients devote their energy because it’s one of the most cost-effective ways to produce significant amounts of renewable power in Minnesota. Additionally, the firm is growing its solar energy and biomass practices, Krikava says, by teaming with utilities on exploring the potential of these technologies and helping developers bring them to market.

“Ten years ago, as our clients got interested in renewables—largely wind energy—we went along to assist them and help them develop an understanding of it,” Krikava says. “As the industry continues to evolve, and biomass and solar become viable potential avenues for producing energy, we’re basically right there. We’re getting in on the ground floor of those technologies.”

Although the renewable energy industry already keeps many local attorneys busy, the opportunities for this kind of work will grow in the coming years. “One big challenge with renewable energy right now is that the system needs to be expanded and developed to facilitate and accommodate additional renewable energy sources,” Krikava says. “How do you make sure the system remains reliable?” With wind technology alone, the number of power lines needs to be increased and the way the grid operates and interconnects needs to be upgraded. “This is just the beginning,” Miller says.

Large-scale battery storage will also become more important. This technology ultimately will be used to store wind energy that’s not needed immediately. Then wind providers or utilities can tap into the excess energy during high-demand times, Holmes explains. “It’s a hard and expensive technology, but you’ll see a lot more of it in the future,” he says.

Another renewable energy with vast potential is ethanol made from cellulosic plant material, such as corn stalks, switch grass, or waste from lawn and tree care. Some U.S. Department of Energy studies have found that corn-starch ethanol manufactured for car engines reduces greenhouse gas emissions overall by about 20 percent relative to gasoline, is biodegradeable, and each gallon of ethanol provides 67 percent more energy than is used to make it. The wave of the future is with cellulosic ethanol, which can reduce green house gas emissions by 85 percent compared to regular gasoline.

“Whoever comes up with a way to have a commercial-scale ability to produce cellulosic ethanol will be able to retire early,” Miller says.

Krikava believes that solar and biomass will be strong growth areas in Minnesota, especially as producers, scientists, and entrepreneurs solve some of the technological problems of producing energy based on the sun in a region where the sun doesn’t shine all year long.