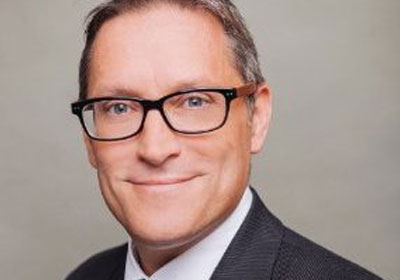 The company assumed the name of the company it merged with last October.
February 17, 2017

St. Paul-based GovDelivery rebranded itself as Granicus, the company announced on Monday, taking the name of the Denver-based firm it merged with back in October.

The rebranding follows plans laid out by the companies last year. Both were acquired in late 2016 by Vista Equity Partners (they paid $153 million for GovDelivery in September) and began a merger shortly thereafter. The two said they’d work independently through the end of the year with more integration in 2017.

The move more firmly ties together the two software companies that offer complementary services to the public sector. GovDelivery focused on helping government entities communicate with its email software, while Granicus provided cloud services that help those entities run efficiently.

While the GovDelivery brand name has recognition, it was too constraining for the services the combined company will offer, according to chief marketing officer Steve Ressler.

“Granicus is transforming the citizen experience to help government create better lives for more people,” he said. “It’s a big mission, and it deserves a unique brand. Granicus is a well-known brand in our market, and even though Granicus came into this merger as the smaller of the two companies, it is the right brand going forward.”

The new branding for the combined company.

Ressler did note that GovDelivery’s email software would continue to carry the name “GovDelivery Communications Cloud” due to its wide recognition and to minimize disruption for its more than 1,800 clients.

In the same announcement, Granicus said the combined company’s CEO would be Mark Hynes. He replaces the founders of the two companies who will both maintain a connection to Granicus. Jason Fletcher, CEO of the former Granicus, was named the chief operating officer. GovDelivery founder Scott Burns is stepping down from an official role and will serve as an advisor.

The leadership news didn’t provide specifics for why Burns was stepping down from the company after over 15 years, but he told the Star Tribune that it was time he left the company.

Hynes most recently served as chief strategy and development officer for Altisource, a Boston-based real estate and financial services tech firm. He’ll be based out of the Denver office, though company officials said they’d maintain a multi-headquarter approach amongst the Denver, St. Paul, Washington D.C. and U.K. offices.

Granicus currently has about 375 employees. Of those, 120 are based in St. Paul.

Clients using the products shouldn’t expect to see too many changes besides the name, though Hynes promised continued integration of legacy products.

“The new combined Granicus now has a broader set of resources that will continue to help empower some of the most creative people to innovate within complex organizations and make policy-making more effective so that everything from road closures to foster programs are better understood and communicated to the public,” Hynes said.