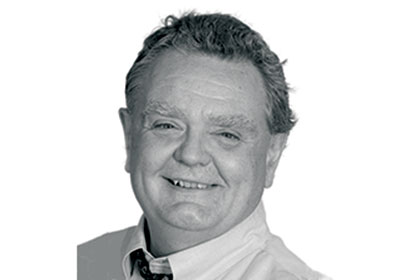 I haven’t thought much about retiree health benefits. Mostly it’s because I haven’t thought much about retirement. I like what I do, and I’m years away from being in the same area code as age 65. It’s also because it really didn’t register to me that there was such a thing as “retiree health benefits.” My default thinking was that you work until you retire at age 65, and then you transition from employer-based health coverage to Medicare.

As it turns out, by one count there are more than 17 million people out there (presumably non-journalists) who have the financial means to voluntarily retire early and stay on their companies’ health plans, and others, who, when they do retire, buy additional health insurance through their former employers to supplement their Medicare benefits.

In a recent report, the Congressional Budget Office (CBO) said 156 million people in the United States are getting their health insurance this year through their employer. That number would increase by 6.5 percent to 166 million by 2024, if it weren’t for the influence of the Patient Protection and Affordable Care Act (ACA), according to the report (1.usa.gov/1iiqGpk).

But because of the ACA, which requires employers with 50 or more employees to provide health benefits to workers starting in 2015, the projected 166 million by 2024 will actually be more like 159 million, or 7 million fewer. That’s because more workers will be getting their health insurance through state health insurance exchanges, either by choice (it’s cheaper for the employee) or by necessity (it’s cheaper for the employer).

Driving the drop in the number of people with employer-based health insurance is the number of nonelderly retirees who will lose the coverage provided by their employers. Per the CBO: “More employers than previously thought will decide not to offer retiree coverage under the ACA—both because of the availability of the exchanges and other new sources of coverage, and because they face no penalty for declining to offer coverage to retirees.”

Luckily, not many early retirees routinely read CBO reports, because if they did, they would be hopping mad. Some 78 percent of employees age 50 or older cited economic security in retirement as their top concern, according to a recent survey of more than 5,000 full-time employees conducted by Towers Watson, the New York-based benefits consulting firm (bit.ly/1tntmnW). Central to that economic security is the availability of retiree health benefits. Specifically, employees want retiree health benefits but are less willing to pay for them, particularly because they think they’re already getting less for their money.

So what’s an employer to do? On one hand, the ACA makes it easier for companies to get out of the retiree health benefits business and wipe a big expense off their books. On the other hand, companies have a legion of elderly workers who were promised and expect to be taken care of health-wise after they leave the workplace.

A 28-page report released by the Henry J. Kaiser Family Foundation offers some suggestions for employers (bit.ly/1k1ocOD). Among them:

When I turn 64 in 2024, I hope you still need me, and, at the very least, I hope you will feed me. But I’m not expecting any private employer-based health insurance if I’m retired. Is your company doing something creative to manage the cost of retiree health benefits? Tell us, and we’ll write about it in a future column. Email me at dburda@msp-c.com.

Retiree Health Benefits at a Glance

28% of employers with 200 or more workers offer retiree health benefits.

5% of employers with fewer than 200 workers offer retiree health benefits.

61% of the large employers that offer retiree health benefits are public employers.

24% of the large firms that offer retiree health benefits are private for-profit employers.

90% of the large firms that offer retiree health benefits offer them to retirees under age 65 or older.

67% of the large firms that offer retiree health benefits offer them to Medicare age retirees.

The days of businesses pleading ignorance of the employer requirements of the Patient Protection and Affordable Care Act are numbered. Some 69 percent of 303 companies surveyed by the Transamerica Center for Health Studies, a Los Angeles-based health research organization affiliated with Transamerica Life Insurance Co., say they consider themselves “very informed” about the ACA and how it affects them and their employees (bit.ly/RxZTLx). That’s up from only 37 percent from a similar poll of companies conducted in 2013. Even when broken down by company size, most employers are becoming ACA-savvy. Some 56 percent of businesses with fewer than 50 employees described themselves as “very informed,” compared with 59 percent for those with 50 to 99 employees and 82 percent for those with 100 or more employees.

In June’s column (bit.ly/1hv01ma), we discussed the health care cost upside for employers that enter bundled payment arrangements directly with hospitals and doctors. Under these arrangements, employers pay a fixed fee to a health care provider for an all-inclusive package of health care services related to a medical procedure such as knee replacement surgery. We said an increasing number of providers will be offering bundled payment deals to employers, and we were right. A poll of 140 hospitals, health systems and large physician practices by KPMG, the tax, audit and consulting firm, found that 44 percent have bundled payment options in place. That’s up from 38 percent in October 2013. KMPG said it expects that percentage to grow.