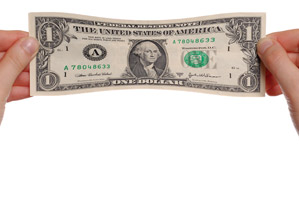 Three things donors can do to make their charitable dollars go further.
April 11, 2010

Deciding to give a gift is one thing—but figuring out how to avoid problems, give money where it’s needed most, and choose the best beneficiary is another. Before writing a check, learn about recommended tools and approaches, and be smarter about how you give.

Despite donors’ best intentions, their gifts aren’t always received and used as planned, which can result in hard feelings between charities and donors—or sometimes even litigation.

Sheryl Morrison, a principal at Minneapolis-based law firm Gray Plant Mooty, whose practice includes charitable planning, estate planning, and trusts, says that the firm has seen a recent spike in the number of disputes surrounding charitable gifts. But there are steps donors can take to minimize the likelihood that problems will arise.

Most issues stem from restricted gifts, misunderstood intentions, or the structure of a gift. Designated gifts—also called restricted gifts—through which the donor makes a contribution to a charity for a specific purpose or project, can create problems if a gift agreement between donor and a charity isn’t crafted at all or isn’t crafted properly, Morrison says.

Morrison’s firm handled one dispute over a restricted gift that arose when a donor gave money to a charity to institute a new program, but failed to create a legal document detailing the structure of the gift. The charity instituted the program, but the donor vehemently disagreed with how it was structured. As a result, the donor and the charity spent several years and significant legal fees disputing the donor’s demand that his gift be returned.

Morrison points out that donors should have legal counsel help them create specific legal agreements when stating their intentions to make large charitable gifts. She recalls an instance in which a donor told his charitable beneficiaries that he wanted to gift his estate to them when he died. He wrote a statement of his intentions as to how he wanted this done, but he didn’t work with a lawyer to create a will, trust, or other legal agreement that fully expressed his desires. After the donor died, litigation arose between family members and the charities that were to receive money from him, which resulted in steep legal fees for all parties, Morrison says.

Gifts that involve property or other non-monetary assets can also create disputes down the road. One donor created a trust that was designed to pay his relatives income for a specific number of years and then be passed on to a charity that was named as trustee, Morrison recalls. The pitfall? The assets that the donor used to fund the trust did not produce any income and weren’t readily saleable, Morrison says. As a result, it took the charity-trustee a longer time to sell the assets. During that time, the relatives didn’t receive income payments, so they sued the charity, alleging that it took too long to sell the property. As this example illustrates, donors should determine prior to making a gift whether a charity can effectively hold, maintain, and sell the assets it’s being given, and look for any hidden costs and tax issues associated with the gift.

Litigation can also crop up as a result of unforeseen circumstances. For instance, funding a specific college program at the donor’s alma mater is a noble idea, but what if the program stops attracting students and becomes defunct? What happens to the money at that point? If a donor funds the construction of a new building, will the charity be able to maintain it down the road? These are situations donors and charities need to discuss before any money is gifted.

Research indicates that donors are increasingly interested in influencing their gifts. One way they’re doing this is with donor-advised funds—gifts to a community foundation through which the foundation consults with the donor to get his or her input about the charitable uses of the gift. It’s a great option for those who have specific intentions in mind regarding their donations.

However, Morrison says it’s important to note that although a donor and charity may create an advisory agreement for a donor-advised fund, there can be no retained control by a donor over a gift. Charities are not obligated to use the fund in a specific way. Donors should be aware of that when they give donor-advised gifts—but they should also rest assured that most charities want to do good by their donors. “In all practicality, the community foundation is probably going to listen to the donor because of goodwill and potential future contributions,” Morrison says. And that’s why it’s critical for both parties to be on the same page from the beginning.

Of course, you could avoid philanthropic quagmires all together by giving an undesignated—or unrestricted—gift. These gifts have no strings attached per se, and charities use them where they need them most, often putting them toward basic infrastructure improvements or operating costs. Although making undesignated contributions may not seem as fun or glamorous as making a designated gift, they’re badly needed—especially now.

In this difficult economy, some charities are struggling due to a lack of money for day-to-day operating expenses, says Mark Peterson, CEO of Lutheran Social Service of Minnesota. “You need to have an infrastructure to keep your business operational,” he explains. To this end, unrestricted gifts provide an important vehicle through which charities can help meet their most basic operating needs.

“People have a misguided sense of where unrestricted dollars go,” says Tina Palmer, director of individual donor relations at Catholic Charities of Saint Paul and Minneapolis. And maybe the term “unrestricted” is to blame because it causes donors to think the money enters a charitable black hole. The truth is, some services that an organization provides may not attract adequate designated gifts. At Lutheran Social Service of Minnesota, that includes mental health services. “In this economy, people are drawn to [giving to] basic needs,” such as food and shelter, says Peterson. But money is needed elsewhere, too. Palmer says that if donors have done research to ensure that a charity is effective, responsible, and transparent in how it communicates, they can feel confident about the organization’s allocation of unrestricted gifts.

Peterson says that in his experience, designated gifts—which are often the way in which first-time donors to Lutheran Social Service structure their donations—help build trust between the organization and the donor. Once donors are comfortable with Lutheran Social Service, oftentimes they’ll go on to make unrestricted gifts.

Undesignated funds offer strapped nonprofits flexibility and may even allow them to use philanthropic money to innovate, Peterson says. And a nonprofit’s ability to innovate will make it more attractive to smart givers.

When Social Venture Partners Minnesota decides where to invest its money, it looks for the most effective and innovative organizations out there and does extensive research into each one before making a commitment. “We’re looking for a social return on investment,” explains Executive Director Brad Brown. The organization uses a venture-capital approach to philanthropy, and its members donate both money and time.

Research into potential beneficiaries includes learning about best practices in the field in which the nonprofits operate, conducting visits at project sites, interviewing key people at each organization, and analyzing financial statements.

Although the Social Venture Partners method is extensive, it’s always a good idea for individual donors to get to know an organization through site visits and volunteering. There are also several online tools that help givers research charities. One such tool is Smartgivers.org, a Web site maintained by the Charities Review Council in St. Paul. It allows donors to search the 8,500 registered nonprofits in Minnesota for basic organizational information and—for those that have voluntarily participated in a council review—to see whether they meet certain transparency and accountability standards as determined by the council. The site also provides answers to common tax-related questions about donations.

Mike Vinyon, senior vice president and wealth management director for Wells Fargo’s Twin Cities operations, says these Web sites are helpful, but he cautions against putting too much stock in the ratio of money that a nonprofit spends on fundraising versus program expenses. “Some organizations by their nature spend more on fundraising than on programs,” Vinyon says. “It’s hard to compare one charitable organization to another. Look beyond the actual percentage.”

Donors should make sure that charities are forthcoming and proactive about sharing their financial situation, according to Rich Cowles, executive director of the Charities Review Council. He suggests looking at the last two or three years of annual reports to verify the charity’s financial health. “Do they have an unrestricted net gain? That’s a key thing to look for,” he says. “Persistent unrestricted losses are the leading barometer of financial disaster.”

In addition to gathering and analyzing data, Cowles also says: “Take a few minutes to step back and ask, ‘What’s the legacy I want to leave? What are the causes that matter to me?’” He urges donors to match their values to where they make their charitable contributions.

Vinyon suggests that people talk to their financial planners about their giving goals and review the last five years of their own philanthropic efforts.

“A lot of people get concerned because they’re afraid they’re going to run out of money and that keeps them from perhaps being as generous as they’d like to be,” he says. If a donor’s financial planner can help reassure him that his assets are sufficient to cover lifetime needs and goals, even in a worst-case scenario, then the client can put a larger amount of money toward causes that matter to him.

Having a giving plan is particularly helpful. “We recommend budgeting your giving,” Cowles says. This helps reduce reactive giving. For instance, when your friend asks if you’d like to buy candy bars to support his child’s soccer team, you can say, “We really appreciate what you folks do, but it doesn’t fit our plan.”

With so many tools to help guide giving, donors can tailor their charity research to match their goals and gifts. But the real value in sitting down with a financial planner or a lawyer is that they offer another perspective and can help givers prevent their good deeds from turning into disasters.