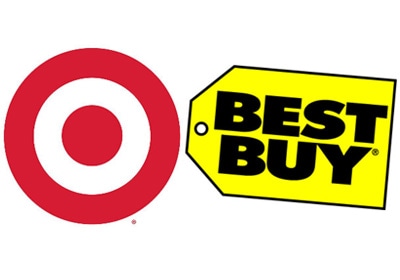 The partnership between Target and Best Buy, which owns the Geek Squad, is part of a pilot program through which one Minneapolis store and all 28 Denver-area stores will feature Geek Squad tech experts and services.
August 19, 2012

This fall, don’t be confused if you walk into a Target store and see something that you’ve usually observed exclusively in Best Buy locations: Geek Squad tech experts.

The partnership between Minneapolis-based Target Corporation and Richfield-based Best Buy Company, Inc., which owns the Geek Squad, is part of a pilot program that will last six months. Geek Squad “agents,” who will sport their trademark white shirts and clip-on black ties, will be in each of Target’s 29 test stores for an average of 80 hours per week during the trial.

The partnership comes at a time when Target has been working to beef up its electronics department. It has remodeled that area within some stores and is testing mini-Apple stores within a couple dozen of its locations.

“Geek Squad is the industry’s most recognized service provider, so by testing this service in Denver and Minneapolis, we’re able to see how our guests respond to this new offering,” Welker said.

The Minneapolis store that’s part of the pilot program is located at 1650 New Brighton Boulevard. While some of the more highly trafficked test stores might have as many as two or three Geek Squad agents at a time, others will have just one, according to Welker.

The Geek Squad was founded in 1994 as a 24/7 consumer technology repair and support service in the Twin Cities. In 2002, it was acquired by Best Buy—and it expanded nationally in 2004.

In early July, Best Buy announced plans to cut about 600 Geek Squad workers but said later that same month that it would hire about 500 new Geek Squad employees by year’s end. The Geek Squad reduction targeted technicians who exclusively serviced individual products, like televisions and personal computers. Meanwhile, the electronics retailer is hiring higher-skilled workers, as it shifts more Geek Squad employees away from basic home installations to focus on services for small businesses.

Target isn’t the only retailer that Best Buy is partnering with in an attempt to boost its services business. Last month, Best Buy teamed with Verizon Communications, Inc., to offer Geek Squad services to Verizon customers.

Target will make a determination about whether to expand its Geek Squad partnership nationwide after the pilot program has been completed.

“The test phase is all about getting guest feedback to see how it resonates,” Welker said.

Target is Minnesota’s second-largest public company based on revenue, which totaled $68.5 billion in the fiscal year that ended in January.

Best Buy, the state’s third-largest public company, is currently attempting to turn itself around and regain market share that has been lost to online retailers like Amazon.com. In recent months, interim CEO G. “Mike” Mikan has emphasized a renewed focus on customer experience and “strengthening technology expertise.” The company’s founder and former Chairman Richard Schulze, meanwhile, is attempting to take the company private.