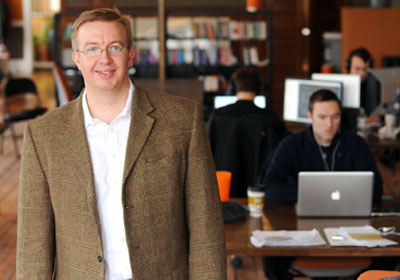 Found in the Clouds

Small businesses may be better positioned to profit from social media than larger ones. Such companies can get closer to their customers—in fact, they generally need to. Done right, social media tools can make word of mouth louder and faster.

Problem: The options are bewildering. How can small firms get started? And what platform—Twitter, Facebook, or perhaps a blog—should they choose?

The company that Hawkinson cofounded, SMBLive (he’s the CEO), has created an online tool called CloudProfile. Each Web site–like “profile” allows a small business to tweet, post on Facebook, put up a blog post or video, respond quickly to customer concerns, and “listen in” on what people are saying on line about the company and its products from within a certain physical radius.

What’s more, CloudProfile “social hubs” have click-to-call and text messaging capabilities to make it easier for customers to get in touch. The profile sites also have built-in search engine optimization that makes the business easier to find via Google and other engines—increasingly a must in what Hawkinson and others have called “the post–phone-book era.” (Plus, a CloudProfile is more descriptive, easy to change, and visually appealing than a Yellow Pages–style advertisement.)

CloudProfile business sites are also designed to make it easier for small businesses to update their information and add attention-getting material. Too often, Hawkinson says, small businesses, even those who sell directly to consumers, use a “set-it-and-forget-it” approach to their Web sites. These days, he asserts, “customers expect fresh [online] content. They expect some level of interactivity.” Not keeping your site up to date, he adds, is “like having a boarded-up front door. You may have a good business behind it, but that boarded-up door isn’t appealing.”

The company has quickly developed interest. Richfield-based Best Buy made CloudProfile available with its computers for home office systems this year. CloudProfile is also rolling out through a range of other partnerships.

SMBLive is headquartered in Reston, Virginia. Serial entrepreneur Hawkinson, who moved to Minnesota in 2008, works with some local staffers in offices above the Bulldog, a hipster-beloved Northeast Minneapolis restaurant and bar. A Minnesota native, Hawkinson has spent most of his career out of state, including engineering and executive positions at legendary dot-com tech firm USWeb. In 2002, he cofounded Virginia-based online-hosted services firm Apptix.

In 2005, he and some partners, seeing an opportunity to help small businesses take better advantage of the Internet, founded SMBLive to sell online business platforms via channel partners, including British Telecom, Best Buy, and Canada’s Telus. Its first products included Workspace, an online document-trading platform. In 2007, it developed BT Tradespace, which helps businesses to be found on line and connect with customers.

Thousands have signed up in the months since CloudProfile’s launch. Hawkinson expects to reach “hundreds of thousands” of small businesses in the coming year.

Hawkinson says he’s been so happy with the local design and technology talent he’s encountered that he would like to use Mural Ventures, the umbrella company over SMBLive and CloudProfile, to seed Twin Cities tech and design firms. The repatriated Twin Cities resident has found that the area “has great tech and design talent,” and would like to help launch that talent’s business ideas.