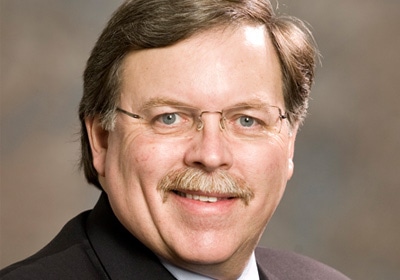 Former DEED Chief Explains Why He Left for Kraus-Anderson

Mark Phillips, who became DEED commissioner in January 2011, said he was “a good fit for a good part of the DEED work” but didn’t enjoy the administrative part of his role; he plans to retire in about five years and wanted to end his career in the private sector.
November 08, 2012

Ten days after resigning from his post as commissioner of the Minnesota Department of Employment and Economic Development (DEED), Mark Phillips has joined Minneapolis-based Kraus-Anderson Construction Company as director of business development.

Phillips worked in the same position for about four years prior to taking the helm at DEED in January 2011. In that position, he will “use the relationships I have with people all over the state and all over the country” to bring in new business and “forward Kraus-Anderson’s business strategy,” Phillips said.

He told Twin Cities Business on Monday: “I was a good fit for a good part of the DEED work”—specifically the part that involved creating jobs, identifying companies in other states and convincing them to come to Minnesota, and helping to arrange financing for businesses that were relocating to or expanding in the state.

But “I’m not sure I was a good fit for the administrative function,” which involved overseeing somewhere in the neighborhood of 1,800 employees and 50 work force centers, said Phillips.

“It’s not that I couldn’t handle the job—I thought I handled it very well,” he added. But “in some respects, you’re an HR director. . . . It wasn’t my preference.”

Phillips is 62 and will likely retire in about five years. After spending time reflecting on how he wanted to end his career, he decided to re-join the private sector, where he worked for many years prior to joining DEED.

“I thought I’d try to concentrate on things that I enjoy doing for the latter part of my career,” he said, adding that he left on “very good terms” with Governor Mark Dayton, who tapped Phillips for the DEED post, and the governor's office. (The same day Dayton's office announced Phillips' resignation, it said that Minnesota Trade Office Executive Director Katie Clark would succeed him as DEED commissioner.)

Several weeks ago, while Phillips was pondering two private-sector opportunities that had been presented to him, he called his former supervisor at Kraus-Anderson to see if there was an opportunity there—and there just so happened to be one.

“Mark is highly regarded for his strong record of economic development service throughout the state,” Kraus-Anderson Chief Operating Officer Al Gerhardt said in a statement. “His varied experience in the public sector will serve Kraus-Anderson and our clients well as we continue to pursue and build our public-private collaborations. We’re proud of Mark’s accomplishments and are delighted to have him back with us as our own economic horizons expand.”

Phillips said he feels good about what he accomplished at DEED. Among the economic development projects he helped facilitate, and that stand out as particularly significant: international steel maker Gerdau’s $47 million expansion to its St. Paul plant, which was expected to preserve 330 jobs, and German farm equipment manufacturer Geringhoff’s $20 million investment toward establishing a St. Cloud factory that will employ 100 when it opens next year.

Phillips said another focus of his was examining how the state invests in its work force and exploring ways to improve the process through which people receive training for jobs that are high in demand.

Prior to joining Kraus-Anderson in 2007, Phillips served as director of community and economic development at the Iron Range Resources and Rehabilitation Board under former Governor Rudy Perpich, as director of corporate relations for Minnesota Power, and as vice president for Northeast Ventures/Iron Range Ventures.

Kraus-Anderson, founded in 1897, employs approximately 370 people, including 350 in Minnesota. It is among the five largest general contractors in the state based on dollar volume of construction, which totaled $501 million in 2011.