Carmichael Lynch found and tapped the “deep connection” that Subaru owners make with their cars
June 01, 2011 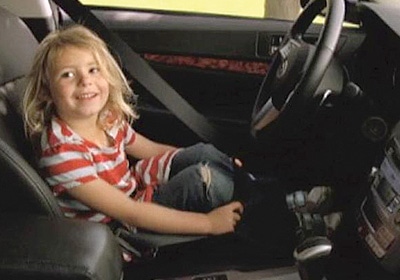 Subaru ads used to promote symmetrical all-wheel drive. But Carmichael Lynch found and tapped the “deep connection” that Subaru owners make with their cars—“‘This thing is my running buddy, I take it camping and hiking,’” CL’s Andrew Dauska quotes from consumer research. Subaru sales are up 41 percent over the past two years.

Subaru, with its utilitarian, all-wheel-drive cars, has typically rated high with certain groups: dog owners, outdoorspeople, highly educated consumers—buyers who choose the cars for features and value. To move Subaru beyond its established customer base, Minneapolis ad agency Carmichael Lynch—which, in a rarity, won the account without a review at the end of 2007—put heart over head in the “Love” campaign.

“People come to the brand for incredibly rational reasons, and the moment they own it, that rational thing becomes this really deep emotional thing,” says Andrew Dauska, director of account management at Carmichael Lynch. In consumer research, “I’ve never seen such a flip of the switch.”

That flip led to “a blinding flash of the obvious,” Dauska says, and to several creative executions. “Baby Driver” speaks to emotions parents feel when they first hand off the car keys to their teenagers. “Hockey Mom” is meant to connect with those in the Snow Belt who need a vehicle they can drive to the ice over ice and snow. But instead of pointing out winter-driving features, the spot tells a story about the emotional connection between a mom and her three scrappy sons. The love for her boys is apparent. The love for her Subaru is implied.

Dauska estimates expenditures of about $150 million annually. Like all car accounts, it’s TV-centric, with about $100 million pegged for broadcast and cable. About $30 million goes to print. And given Subaru’s target of “experience seekers” age 25 to 49, Carmichael Lynch lifted the digital investment tenfold, from $2 million to $20 million. Of that, much is dedicated to social media, which like the “Love” campaign, is fundamentally about connections.