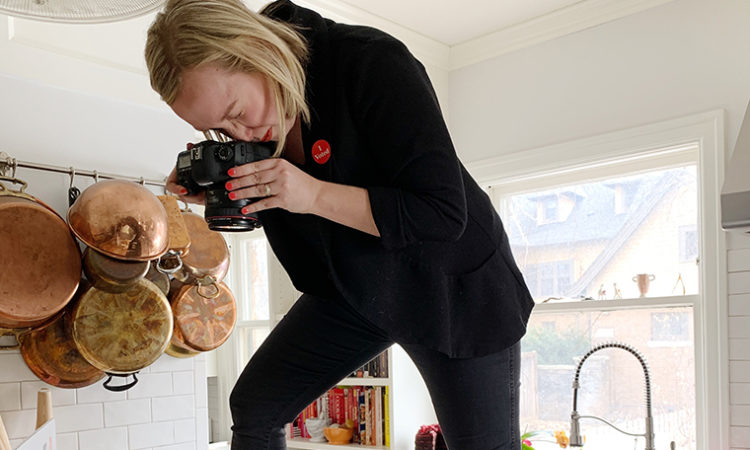 Eliesa Johnson, a Minneapolis-based photographer, says pretty much everything is on hold during the COVID-19 outbreak. (Image courtesy of the photographer)

While hourly workers file for unemployment during the COVID-19 outbreak, freelancers aren’t sure when they’ll be getting their next paycheck.
By Dan Niepow
March 18, 2020

Eliesa Johnson has been through this before. Sort of.

The financial recession in the late 2000s was a “very scary time” for her and other independent photographers, she says. Budgets were slashed, and many freelancers saw job opportunities dry up. But some remained, and many clients continued on with their usual rituals.

“People still got married. They still had parties. The show kind of still went on,” says Johnson, who operates five separate photography brands.

The global outbreak of COVID-19 is an entirely different case. After federal guidance to avoid gatherings of 10 people or more, events have been canceled left and right. Now, pretty much everything is on hold for Johnson. Having been in business 15 years, Johnson says her studio is sustainable and she won’t need to file for unemployment. But for many of the freelance photographers she works with, that’s not the case.

Unlike hundreds of thousands of hourly workers in the state, many independent contractors, freelancers, and gig workers in Minnesota may not be able to access unemployment benefits. It’s a small difference in tax filing that determines who will get benefits and who won’t.

So who qualifies? Independent contractors who have elected to pay into the state’s unemployment insurance program on their 1099 tax forms. But it’s not immediately clear how many workers have actually done that.

“If you nor your employer have been paying into the [unemployment insurance] trust fund in any way, then you’re not going to be eligible,” said Steve Grove, commissioner of the Minnesota Department of Employment and Economic Development. “But we know that many gig workers do.”

As of Jan. 1, Minnesota’s unemployment trust fund had about $1.7 billion, according to data from the U.S. Department of Labor. The program pays workers half of their regular pay, up to $740 a week. Grove says Minnesota’s program is “more generous than any state program in the country.”

But that does little to assuage fears of many freelancers — many of whom likely didn’t opt into the system, Johnson says.

“It’s not something that the government requires us to pay into,” she says. “Frankly, a lot of people I’ve talked to didn’t know this existed.”

Staying positive: Eliesa Johnson on Wednesday morning held a webinar to share resources and tips with other freelance photographers during the pandemic.

As a result, many freelancers and self-employed workers are unsure how to proceed. Fatima Olive, a self-employed hair and makeup artist based in Minneapolis, says she’s dutifully filed her 1099 form every year. But she says she’s unsure whether she’ll qualify for unemployment benefits.

“I haven’t even thought that far ahead,” says Olive, who’s worked as a hair and makeup artist for 25 years. “I’m not really sure what to do at this point.”

Like many other self-employed workers, Olive is facing a long stretch with no work. This week, she wrapped up her last photoshoot for the foreseeable future, she says.

“I’m usually booked out at least two months in advance,” Olive says. “After this week, everything has been wiped off my calendar. So I have no work.”

It’s a similar story for Austin Sprynczynatyk, a freelance audio engineer. He says all upcoming concerts and festivals he planned to work have been canceled. Now, he doesn’t have anything booked until the end of May, and even that’s a big question mark.

Sprynczynatyk says he also gets some income from mixing sound for a California-based artist. But he says doesn’t qualify for unemployment benefits in California, and he’s unsure about his prospects in Minnesota.

In the interim, he estimates he’s lost thousands of dollars from canceled local shows and tours.

“It’s over $10,000. I kind of stopped keeping track once I hit the $10,000 mark just because it was getting depressing,” Sprynczynatyk says.

His wife is continuing her job with the Hennepin County library system, and her income will help the two stay afloat for now, he says.

Meanwhile, Johnson is doing what she can to prepare for life after the pandemic. And on Wednesday morning, she hosted a webinar with other freelance photographers to share tips on making ends meet during the shutdown.

“If I’m not working for clients right now, what else can I do for my industry?” Johnson says. “I still feel like I need to show up and go to work every day. How can I use my time to be a leader and get answers for people?”