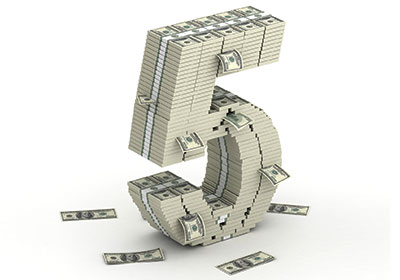 Not every business survived the tough economy of recent years. For that matter, not every bank survived. As the Great Recession has gradually given way to the New Normal, business owners have been riding out the storm: tightening their belts, trimming expenses, holding off on investments and real estate decisions, and waiting for the return of a more robust economy.

For those who have survived the crash, business may have changed, but it goes on. And unless you’re riding around on a bicycle selling food for cash, sooner or later most business owners need banks and bankers.

In 2014, many business owners are finding themselves on steadier footing. But business operators remain wary of reckless spending. Their spirits may be brighter than a few years ago, but they’re still cautious. The go-go days are gone.

Both large banks and smaller community banks are seeing the same trends with their business customers.

“Over the last five years, businesses have decreased expenses, reduced debt and increased liquidity. Now, those businesses looking to borrow are focused on low-risk ways to expand and operate more efficiently,” says Peggy Gunn, spokeswoman for San Francisco-based Wells Fargo & Co., which has a large presence in the Twin Cities.

“Business owners tell us they’re looking to be more efficient, and for help to better manage cash flow,” Gunn adds. “Wells Fargo is seeing more demand for our breadth of products, including treasury management, foreign exchange, merchant services and payroll.”

To get a sense of the current landscape, Twin Cities Business talked to a range of local bankers to identify key trends they’re seeing as they work with business owners. While many business owners are finding new technology tools can help make some jobs more efficient, there’s still no substitute for some old-school fundamentals.

1. In uncertain times, business customers want banks that will be there for the long term.

“We are getting a real sense that our customers, particularly our business customers, are committed to a long-term relationship. They’re looking for a business partner,” says Julie Causey, chair of St. Paul-based Western Bank. “That feels relevant to our business owners in this continuing period of stressed economics.”

Causey says the economic upheaval of recent years has meant that business owners now have to do their own due diligence on their banks.

“We’re maybe halfway through our bank consolidation in Minnesota. I think business owners are being forced to be very interested in the dynamics of the banking industry. I think they used to have the luxury of not thinking very much about that,” says Causey. “You don’t want to enter into a five-year relationship with a bank that isn’t going to be on the corner in five years.”

Western Bank traces its history back nearly a century. In 2012, the bank became a wholly owned subsidiary of Omaha, Neb.-based American National Corp. But Western Bank remains a separately chartered independent bank under a two-bank holding company, which is controlled by two families.

Causey says that community connections are often important to small business owners. “We’re all trying to buy vegetables locally. I think we’re [also] trying to bank locally,” says Causey. “We have a number of bankers who have joined us because their community bank is no longer a community bank.”

Causey sees Western Bank as a partner with its business customers.

“We are incredibly proud and impressed with watching these smart, scrappy, engaged business owners going through what has been a very difficult economy for everyone,” says Causey.

At first, businesses were slow to embrace emerging mobile technologies. But Dominic Venturo, chief innovation officer in the payments group of Minneapolis-based US Bank, says that over the last two years he’s seeing the trend migrate from consumers to businesses.

“We’re finding that our customers are wanting to do business with us via the devices that they have,” Venturo says. “Now it’s sort of expected.”

In January 2013, US Bank’s Elavon, a payment processing provider, teamed up with NCR Corp. to launch a mobile point-of-sale system. The technology essentially turns an iPad or an iPhone into a cash register for merchants.

“Now they have more ways to sell their product,” says Venturo, who says that US Bank is responding to what customers are seeking.

US Bank is developing a new product called Peri, which Venturo describes as “a mobile app that is designed for businesses to incorporate into their mobile shopping application.” The new tool would allow customers to order products by scanning a magazine page, or in response to an ad on radio or television. Peri is currently in the pilot stage, but is likely to be launched in the second half of 2014.

In the age of hacking and identity theft, Venturo says that the first question that business owners typically ask is about the security of banking products.

“We work to make sure that our products are absolutely secure,” Venturo says. “Our business customers have mentioned security as an ongoing concern for as long as I can remember.”

“We started seeing these opportunities just in our bank,” says Lee. “The larger banks are typically hunting for larger deals, and the smaller banks typically don’t tackle these types of transactions. We have fallen into a very nice niche between the big banks and the community banks. These opportunities were coming across our desk even though we weren’t going to look for them.”

The deals call for scrutinizing the track record of the private equity buyers and analyzing the additional mezzanine lender on a transaction. But the bottom line is still the cash flow of the company at the heart of the deal. “The key on these kinds of transactions—the source of repayment for your loan—is the operating cash flow from the business that’s being acquired,” says Lee. “That is the source of repayment. Sometimes these aren’t fully secured transactions. The cash flow is critically important.”

4. Business owners have an advantage in today’s market, as banks compete to land deals.

“I would not say it’s robust, I would say it’s a modest growth economy. We’re seeing that businesses are beginning to borrow a little more than they did during the recession,” says Hammond. “There’s not really robust business expansion going on. Businesses are just very, very cautious about borrowing for expansion. I think hiring is still pretty tight. From a banking standpoint, in terms of commercial lending, it’s very competitive out there.”

For business owners looking for a new loan, there is good news.

“I would say it’s more of a borrower’s market right now,” Hammond says. “There’s a great deal of interest rate pressure, in terms of competing for business loans.”

When competing to land a loan with a new client, Hammond says it’s now routine to be bidding against several other banks to land the business.

“It’s not uncommon to be competing against three or four other banks,” Hammond says.

Hammond says he’s fielding more inquiries from customers who ask about the possibility of waiving personal guarantees on a business loan. Despite the uptick in requests, Hammond says that Highland Bank generally won’t accept those terms: “It would be very uncommon for us to consider a loan without a personal guarantee.”

Contrary to periodic forecasts that low interest rates eventually have to rise, Hammond isn’t seeing many signs that rates are going to move anytime soon.

“It’s very, very competitive. I don’t see any big increases in interest rates over the near term,” Hammond says.

Although rates remain low, he says that the mood today is clearly better among bankers.

“It’s definitely more fun now than it was two to three years ago,” Hammond says. “There is activity out there. There are loan opportunities for us to pursue.”

5. No matter what’s happening with the economy, relationships matter.

Above all else, local bankers agree that at the end of the day, relationships are more important than loan rates and the latest technology.

Lee of Bell State Bank & Trust says that a consistent theme that he hears from business owners and CFOs is that they’re looking for continuity from their banker.

“We have very low turnover,” Lee says. “Our lenders tend not to leave. Business owners and CFOs really appreciate that continuity.”

Other bankers echo that sentiment.

“The lion’s share of our customer base are long-term clients. I think that relationship piece of it for small businesses is very important to them,” says Hammond of Highland Bank. “They want to know you are there when they need you.”

Causey, of Western Bank, says that most banks can offer similar technology to customers. But at the end of the day, that’s not what matters most to clients.

“We all have fairly similar bells and whistles. But does your Internet banking work?” says Causey. “Does the technology work? Does somebody answer the phone? Does my banker come see me? Do they understand my business? Am I well-matched with my bank? What matters to business owners is their relationship with their banker.”