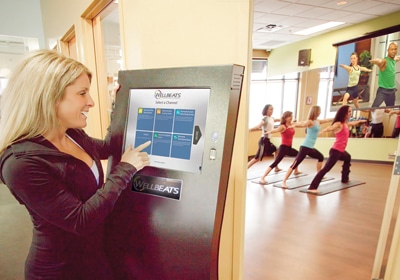 LFE Capital is financing Wellbeats as the company aims to expand its video catalog and range of availability.
August 15, 2015

Wellbeats, a workout plan and fitness video maker for gyms and recreation areas, announced that it secured $2.8 million in financing from Minneapolis equity firm LFE Capital.

A spokeswoman said the money would be divided into expanding the Maple Grove-company’s fitness video catalog as well as the number of locations where the product is available. Currently, Wellbeats videos can be used in about 1,000 Anytime Fitness locations and more than 500 other facilities across all 50 states and 15 countries.

“Our confidence in Wellbeats and the direction they are headed has prompted us to lead a second round of financing,” said LFE’s CEO, Leslie Frecon, in a statement. Inc. magazine has recognized Wellbeats twice in its list of America’s Fastest Growing Companies as revenue hit $6.3 million in 2013, a 569 percent growth rate compared to its 2010 figures.

Additionally, Wellbeats announced five new channels to its fitness video catalog: barbell and kettle bell videos will be available for adults, while three new youth channels will be included for kids ranging from age three to 14. Those add-ons will appear in the fall at participating locations that Wellbeats services.