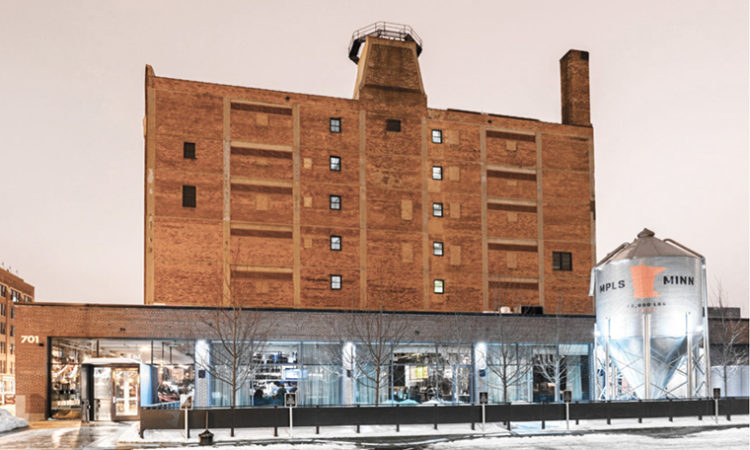 The company has moved into a bigger office space in the Loose-Wiles Building. (Photo courtesy of Cushman & Wakefield)

The company is staying in downtown Minneapolis, but it’s moved to roomier digs.
By Dan Niepow
September 03, 2019

On Tuesday, the company announced that it has moved its downtown Minneapolis headquarters a few blocks north to the Loose-Wiles Building at 701 North Washington Avenue. The fintech company’s headquarters had been at 244 North 1st Avenue.

ClickSwitch is taking over a lease from Fields Law, says Adam Rae Voge, spokesman for Cushman & Wakefield, which handles leasing at Loose-Wiles. Peter Fitzgerald and Dan Gleason represented ClickSwitch in the transaction.

At its new office in the Loose-Wiles Building, ClickSwitch will have space for “additional hires across all departments,” according to a company news release.

“The decision to expand our presence in Minneapolis was the logical step in our growth strategy,” said Cale Johnston, CEO and Founder of ClickSwitch. “The Minneapolis area has diverse talent in the financial and technology fields, and the new office space further expands staffing and our ability to service current and future markets.”

ClickSwitch provides software designed to simplify the process of switching accounts from one bank to another. The company also helps employers move direct deposit services. ClickSwitch’s customers include T-Mobile, which launched a banking service earlier this year.

In May, the company closed out on a $13 million Series B fundraising round.

At the time, ClickSwitch said it would use the funds to grow its executive leadership staff, along with its software development and sales teams.