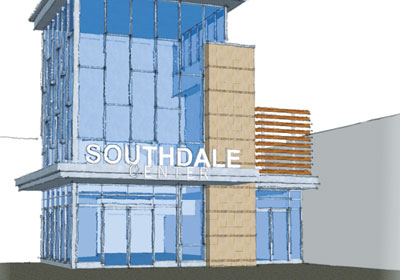 Finally, Some Love for Southdale

A $20 million renovation seeks to restore the mall’s grandeur and commercial mojo before year’s end.
August 01, 2012

Back when Elvis Presley hit number one with “Heartbreak Hotel” and Dwight Eisenhower was running for reelection, Southdale Center was the talk of the retail world. That was 1956, when its opening marked the first enclosed shopping center in the United States.

It was once the king of commercialism, but over time, thanks to competition from the Mall of America and the Galleria, as well as multiple ownership changes, it was ridden with vacancies, and observers questioned its future. But that is all about to change.

A major renovation of the 1.3 million-square-foot Edina mall began in January, with completion planned for November. Highlights include a new food court, redesigned entrances, a play area, and a complete change of dÃ©cor. Out with teal tones, in with a retro design featuring wood detailing, reminiscent of the Mad Men era.

The renovation is “long overdue,” says Allison Kaplan, senior editor for shopping and style at Mpls.St.Paul Magazine. “Shopping at Southdale hasn’t felt exciting in recent years. Southdale will soon be competitive and relevant to the people who had given up on it.”

The cost of the renovation, conducted by Southdale’s five-year owner, Simon Property Group of Indianapolis (the largest real estate and retail operator in the world), has not been disclosed. However, in an agreement between Southdale and the City of Edina on April 18, the city agreed to offer the center a $5 million interest-free loan as long as Simon spends at least $14 million of its own.

As part of that agreement, Simon provided land for a permanent public transit station on the east side of the mall and a water treatment facility for the city. The city will gain rent-free access to the mall’s soon-to-be-vacant third floor, which will be used as a community hub and gathering space.

“People are very proud of Southdale, but it struggled in the ’90s and 2000s,” says Southdale spokesperson Lauren Carpenter. “The whole goal is to bring it back to its former glory.”