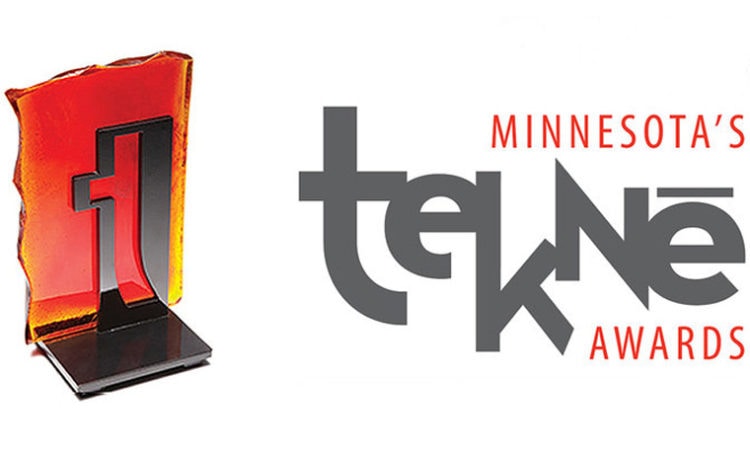 In the latest annual event honoring Minnesota companies for technology and science contributions, 3M, Ecolab, Sentera were among the 48 companies named finalists.
By Amanda Ostuni
September 28, 2018

Finalists have been announced for the 2018 Tekne Awards, a program organized by the Minnesota High Tech Association to honor businesses across the state that are making contributions to technology and science. In the 19th edition of the annual event, 48 companies were selected as finalists in the competition’s 16 categories.

Three finalists were listed for each award, including 3M, Xcel Energy, the Minnesota Twins, and StemoniX. A few businesses, including Ecolab, Sentera, and Seagate Technology, are up for multiple honors.

“The Tekne Award finalists this year represent the ongoing strength of innovative Minnesota-based companies,” said Margaret Anderson Kelliher, president and CEO of Minnesota High Tech. “They are pioneering leading-edge science and technology that has impact around the globe.”

Winners will be declared at the Tekne Awards ceremony on November 29 at the Minneapolis Convention Center. The gala typically attracts almost 1,000 attendees.

Some of last year’s winners are up for another honor this time around, including Calabrio, Sentera, and StemoniX.

The full list of 2018 finalists and their respective categories is as follows: