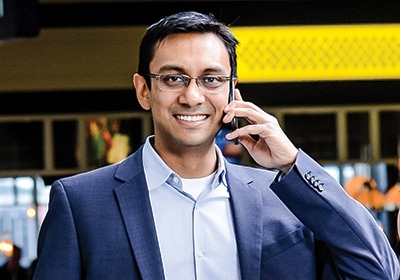 The Minneapolis tech company said it will use the money to ramp up marketing efforts and product development.
September 20, 2015

Back in February, Mynul Khan, CEO of Minneapolis-based Field Nation, told TCB of his aspiration to make the 9-to-5 workday a thing of the past. The company took another step forward this week by securing a $30 million equity investment.

Khan’s company, which operates as a digital marketplace for businesses to contract local, independent workers for hire, received the funding from a party led by Philadelphia-based Susquehanna Growth Equity.

“With the financial support and experience from Susquehanna Growth Equity,” Khan said in a statement, “we will rapidly accelerate our efforts to introduce Field Nation to organizations of all sizes so they can tap the full breadth of our marketplace and get more work done.”

To do this, Field Nation is planning to more than double its staff size, specifically in the fields of marketing, sales, product development and technology. The company currently employs about 100 people.

Up until today, Field Nation had been a completely self-funded business. Founded in 2008, it has been growing profitably with revenue growth at 65 percent annually. It has consistently been recognized on the Inc. 5000 listing as one of the nation’s fastest-growing companies.

Khan told TCB in February that his company was anticipating its revenue to top $70 million in 2015, up from only $3.7 million five years earlier.