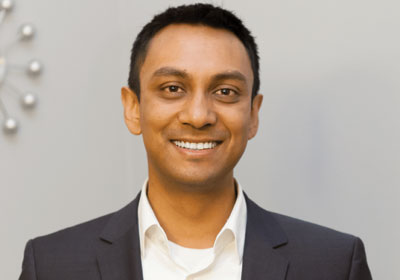 The company serves 12 industries, including warehousing, construction, health care, and telecommunications.
May 03, 2013

Mynul Khan was fresh out of St. Cloud State in 2004 when Fujitsu handed him a big assignment: develop a better tool to manage the Japan-based company’s IT outsourcing: “Even a large Fortune [Global] 500 tech company has trouble finding and managing people,” says Khan, who worked with Fujitsu’s office near Dallas. “They were going through multiple tiers [of an organization] to get to the local guys to deliver service.” Khan put together a basic website called TechnicianMarketplace.com, hired local contractors, and “[Fujitsu] started to see the cost savings, time savings, and direct control of the service delivery,” he says. He ran Technician Marketplace for two years, eventually broadening it beyond Fujitsu and growing it to 10 employees and almost $3 million in revenue. But that got him thinking even bigger.

He moved to Minneapolis in 2007 and launched Field Nation, an online contracting portal, the next year. Khan, 31, says that often in outsourcing, middlemen control the information flow. Field Nation is more of a facilitator. Companies can post open jobs in a specific region, connect with individual contractors who have applied through the site, and make secure payments. Originally developed for the IT sector, the company now serves 12 industries, including warehousing, construction, health care, and telecommunications. Online, more than 30,000 contractors and 2,500 companies post thousands of work orders a day.

For independent contractors, the website is a one-stop workstation where they can list skills, security clearances, relevant licenses, and import information from LinkedIn to create a personal storefront. Contractors can embellish their profiles with both drug test and background check badges, provided by Field Nation itself.

Sometimes described as the Angie’s List of outsourcing, Field Nation is actually far more involved in the work, since each transaction happens through the platform itself. After a company and contractor come to terms on a deal and the job is completed, Field Nation keeps 8 percent of the fee if the job costs $1,000 or more, 10 percent if it costs less; the rest goes to the contractor. And while Angie’s List is based on subjective customer reviews, Field Nation has developed an alert system to deal with problems as they occur. A negative rating, incomplete job, or canceled work order are red flags that signal a Field Nation team member to investigate, contacting both parties. Contractors who repeatedly fail to complete the job according to the agreement can be suspended or expelled, though Khan says this is rare—for every 1,000 jobs conducted through the site, only about five instances occur where the contractor could not perform the job properly.

“The level of detail, user control, and policing is better for both the community and business,” says Dwight Reisdorf, executive vice president of i3, a retail construction contractor based in Shakopee. His company had used another contracting website, Work Market, but switched to Field Nation last year. He cites Field Nation’s close monitoring as a unique advantage: “With other platforms, you can keep working, even with negative feedback. Field Nation doesn’t allow anyone to solicit business unless all issues are resolved.” (Work Market renewed its relationship with i3 after this story was originally reported.)

A new feature allowing users to discuss industries and trends, and share ideas within professional groups has been eagerly embraced, growing to nearly 250 professional groups and more than 10,000 contributors in just a few months. “Active Field Nation users spend almost seven hours a month on the website,” Khan says. “Compare that to LinkedIn, which is approximately 15 to 16 minutes a month.”

Khan funded the start-up costs himself, except for one angel investing round in 2010. Field Nation broke even within two years, and its revenue hit $40 million last year. Between its Minneapolis headquarters, an office in Bangladesh (Khan’s birthplace), and one in Atlanta, the company now has 43 employees.

Field Nation expanded its reach to Canada this past summer, has its sights set on Mexico, and is in talks with companies in China and Europe. That’s a draw for customers like i3. “Looking at the global market, we plan to utilize them across the border in the near future,” says Reisdorf.

With the global temporary staffing market amounting to almost $400 billion, Khan sees plenty of room for growth. “We do have a lot of work to do. But people are excited. We have an opportunity to completely change the landscape of this industry.”