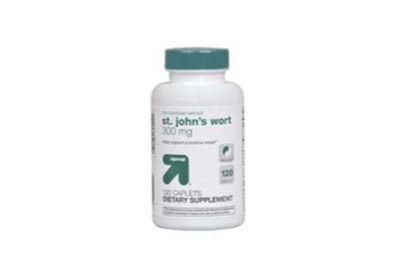 Target and three other national retailers became the latest at the center of debate over more regulation in a $32 billion industry.
March 08, 2015

A Minnesota woman this week filed a class action lawsuit in federal court against Target Corporation and Target Brands Inc., on news earlier this month that some of the retailer’s dietary supplements were found to not contain the ingredients listed on their labels or contained additional, unlisted substances.

Jennifer Chamberlin filed the suit Tuesday in the U.S. District Court of Minnesota, filing on behalf of herself and anyone who purchased three of Target’s “Up and Up” brand of dietary supplements dating back to February 2009.

Earlier this month, the New York State attorney general’s office accused Target and three other national retailers of selling dietary supplements that were either fraudulent or contaminated with unlisted ingredients. Three of the six tested from Target—ginkgo biloba, St. John’s wort and valerian root—tested negative for the herbs listed on the labels and pills were found to also contain powdered rice, beans, peas and wild carrots. Also found was a substance called dracaena, or “the common houseplant.”

The U.S. Food and Drug Administration doesn’t require dietary supplements to receive its approval before they can be sold. But makers and distributors of the supplements are prohibited from selling products that are adulterated or misbranded. The FDA also requires notification of health problems associated with the supplements. A New York Times blog post noted that failing to disclose additional ingredients could pose hazards to people with food allergies.

Chamberlin’s complaint argues that Target “deceived and misled” customers into buying the supplements. There are at least 100 members in the proposed class and the combined claims exceed $5 million.

“Target’s false, deceptive, misleading and fraudulent practices have undermined the public’s ability to make informed purchasing decisions with regards to the products.”

Chamberlin and anyone attached to the suit are seeking a jury trial and financial damages to be determined at that trial. The suit also seeks a permanent injunction preventing Target from continuing to sell the affected supplements.

For its part, Target removed the disputed products from its stores and website following the New York State attorney general’s office accusation. “We take these claims seriously and will continue to focus on ensuring that our products meet or exceed all relevant standards,” the company said in a statement at the time.

The reports this month placed Target, GNC, Walgreens and Walmart at the center of calls for more regulation of a $32 billion dietary supplement industry.

Target received its summons on Tuesday and has 21 days to respond to the suit. Counts cited in the complaint include violations of the state’s false statements in advertising, prevention of consumer fraud, unlawful trade practices, uniform deceptive trade practices acts and accused Target of “unjust enrichment.”