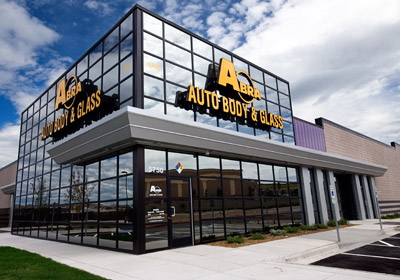 ABRA, which currently operates more than 200 repair centers throughout the country, is being sold by one investment firm and bought by another.
August 15, 2014

Brooklyn Park-based vehicle repair chain ABRA Auto Body & Glass, which has been on a recent acquisition spree, announced Monday that it’s being sold itself.

ABRA said it will now be owned by a San Francisco-based buyout firm, along with members of ABRA's senior management team. And one media report suggested the deal may have fetched more than half a billion dollars.

ABRA, which was founded in the Twin Cities in 1984, is being sold by a New York-based private equity firm called Palladium Equity Partners in a deal that’s expected to close in the third quarter of this year.

The Wall Street Journal, citing unnamed sources, previously reported that Hellman & Friedman was nearing a deal for ABRA—and that it might pay at least $500 million for the company.

ABRA’s network spans 19 states; it owns 186 repair centers and has an additional 48 franchised centers. The company has been on an acquisition spree recently, buying four new repair shops in St. Louis and Seattle in July, a dozen locations in Ohio and Indiana in June, and two dozen shops in the Chicago area and northwest Indiana in April. ABRA currently has about 30 locations in Minnesota.

According to the WSJ, ABRA has more than doubled its size since Palladium first invested in the company in 2011. The newspaper also reported that ABRA paid Palladium a dividend of $24 million, or 44 percent of the fund’s invested capital, in July 2013.

“We are proud to have been part of ABRA’s successful growth over the past three years,” Luis Zaldivar, managing director of Palladium, said in a statement. “During our partnership, we worked closely with ABRA’s exceptional management team to enter new markets, accelerate the company’s acquisition program and enhance the company’s industry-leading capabilities. We are confident Hellman & Friedman will be an ideal partner in the next stage of the company's development.”